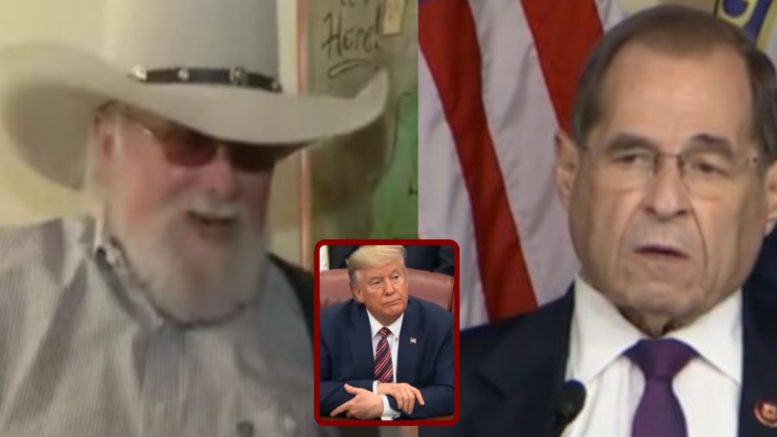 Conservative singer and songwriter Charlie Daniels had some choice words for Democrats as the second phase of the impeachment process is set to kick off.

Wednesday’s hearing will focus on  “constitutional grounds” for impeaching President Trump featuring a lopsided witness list that includes 3 Democrat-called witnesses and only 1 Republican-called witness, all who are “legal scholars.”

Despite an invite from Chairman Nadler, President Trump obviously will not be participating in the hearing due to his attendance of the important NATO Summit, where he’s expected to make “fireworks” in a highly anticipated speech.

The President’s lawyers also will not be participating as indicated in  a letter but they left open the possibility that they will send counsel to represent the president in future hearings that center on the actual substance of the Ukraine allegations, according to Axios.

In a tweet posted on Monday, Charlie Daniels ripped Democrat “politicians” who appear to have purposely scheduled Wednesday’s impeachment hearing to “embarrass” the President during his presence at the NATO Summit.

“When politicians are more interested in embarrassing a president than they are about America’s status on the world stage, I don’t care what party they belong to, they’re bottom feeding scum suckers,” Daniels said. See Below

When politicians are more interested in embarrassing a president than they are about America’s status on the world stage, I don’t care what party they belong to, they’re bottom feeding scum suckers.

Daniels, who often lashes out at Democrat leaders, also took aim at both House Speaker Nancy Pelosi and House Intel Chairman Adam Schiff in a seperate statement on Monday that he labeled as “Redneck Justice.”

Redneck Justice
“ Ms Pelosi since you are so sympathetic to the homeless, we just dropped 3 truck loads off in your yard,they’re setting up their tent city as we speak,and watch where you step on your way to the front door, and would you inform Mr Schiff he also has guests”

While Making Climate Change Remarks, Biden Gets Video-Bombed By A Large Bug Crawling On Him