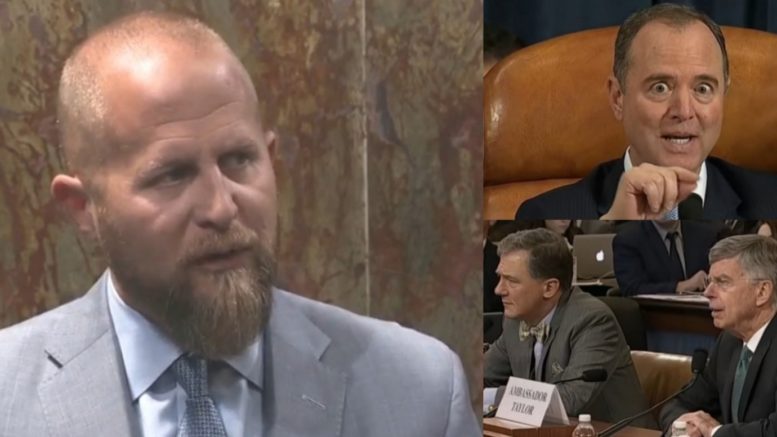 Democrat and Republican members of the committee each got turns grilling Ambassador William Taylor and State Department Official George Kent over their second and third hand knowledge of potential “impeachable offenses”, in a hearing that President Trump labeled as a “sham.”

In a statement posted on Twitter, Parscale said, “The entire world can read the transcript of President Trump’s conversation with President Zelensky, so people don’t need to rely on third-party opinions when they can see the facts for themselves.”

“Despite that, today we heard from Democrat’s hand-picked star witnesses, who together were not not on the Ukraine phone call, did not speak directly with President Trump, got third-hand hearsay from one side of a different phone call in a restaurant, and formed opinions based on stories in the pages of the New York Times,” he continued.

“We hate to break it to these unelected, career government bureaucrats who think they know best: the President of the United States sets foreign policy, not them,” Parscale declared in his statement. “And disagreement on policy is not an impeachable offense.”  Video Below

We hate to break it to these unelected, career government bureaucrats who think they know best: the President of the United States sets foreign policy, not them. And disagreement on policy is not an impeachable offense. pic.twitter.com/WKc3zBodjc

Related Article: Rep Banks Pushes Back At Dems First Two Witnesses As The Public Phase Of The Impeachment Inquiry Begins

In ending, here is Parscale’s reaction to video of Schiff posing for the camera’s after Wednesday’s hearing:

What is Adam Schiff’s favorite part of orchestrating this impeachment sham? Posing for the cameras, of course.#ImpeachmentHoax #ShiftyShiff pic.twitter.com/XNKwcjTAKk