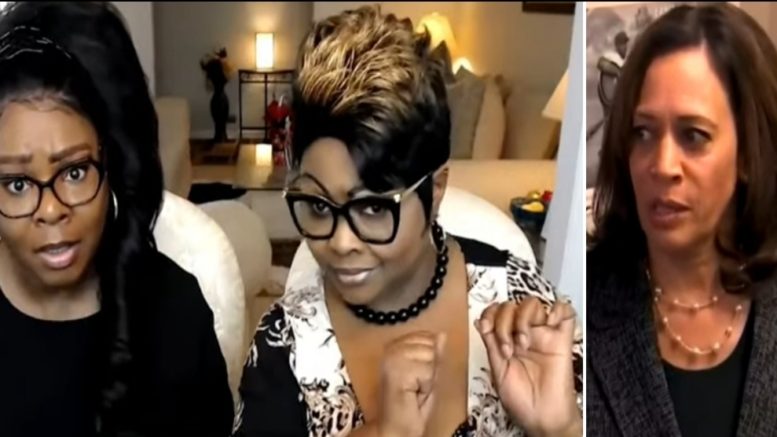 On Friday,  Democrat Presidential candidate Kamala Harris announced her decision to withdraw from the Second Step Presidential Justice Forum at Benedict College in Columbia, South Carolina after President Trump received an award from the same school just one day prior to the forum, which takes place over the weekend.

According to NBC News, President Trump was given a “Bipartisan Justice Award” from the event’s organizer, the 20/20 Bipartisan Justice Center, and they cited the passing of the First Step Act  for why he was chosen for the award.

The First Step Act was signed into law in December of 2018 and it aims to “enact commonsense reforms to make our justice system fairer and help inmates successfully transition back into society.”

Kamala Harris said in her statement:

“Today, when it became clear Donald Trump would receive an award after decades of celebrating mass incarceration, pushing the death penalty for innocent Black Americans, rolling back police accountability measures and racist behavior that puts people’s lives at risk, and then learned all but ten Benedict students are excluded from participating, I cannot in good faith be complicit in papering over his record.”

Trump supporters Diamond and Silk were not upset upon learning that Kamala wouldn’t be attending the forum and issued a statement of their own on the matter.

“So what if Kamala Harris skips the forum in SC,” Diamomd and Silk tweeted. “She won’t be missed and we won’t lose any sleep over it. So suck it up buttercup!”

On Saturday morning, President Trump also released a statement on Twitter in response to Kamala skipping the forum in South Carolina. See Below

In reaction to Kamala pulling out of the forum, President Trump said, “@KamalaHarris will not go to a very wonderful largely African American event today because yesterday I [received] a major award, at the same event, for being able to produce & sign into law major Criminal Justice Reform legislation, which will greatly help the African American community (and all other communities), and which was unable to get done in past administrations despite a tremendous desire for it.”

“This and best unemployment numbers EVER is more than Kamala will EVER be able to do for African Americans!” he declared.