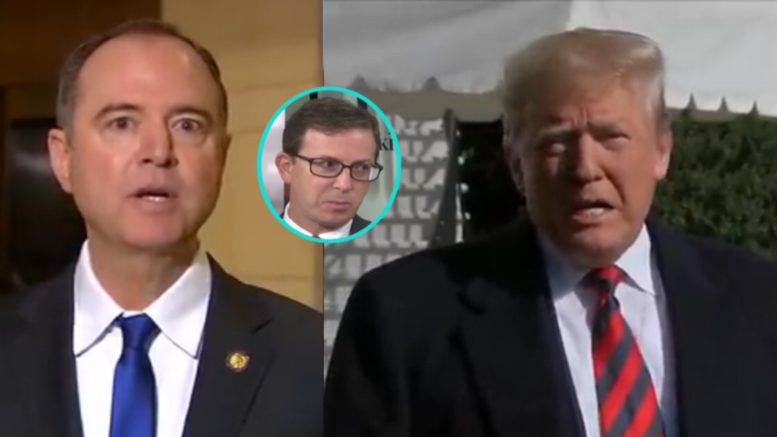 Zaid was exposed last week after a tweet surfaced where he admitted on January 30, 2017: “#coup has started. First of many steps. #rebellion. #impeachment will follow ultimately. #lawyers”.

In response to President Trump’s appointment of Dana Boente as Acting Attorney General, Zaid said: “#coup has started. As one falls, two more will take their place. #rebellion #impeachment”.

Gregg Jarrett of Fox News reported: “The posts, which came shortly after President Trump fired then-acting Attorney General Sally Yates for failing to defend federal laws in court, are likely to fuel Republican concerns that the whistleblower’s complaint is tainted with partisanship. Trump has repeatedly accused Democrats and partisans in the intelligence community of effectively plotting a coup against him, through selective leaks and lengthy investigations.”

The President tweeted Monday, “The lawyer for the Whistleblower takes away all credibility from this big Impeachment Scam! It should be ended and the Whistleblower, his lawyer and Corrupt politician Schiff should be [investigated] for fraud!”. (Continued Below)

The Commander in Chief then pointed out the fact that Schiff has not released all of the transcripts along with restricting the president’s council from participating, but recommended Republicans should put out transcripts.

“Shifty Adam Schiff will only release doctored transcripts. We haven’t even seen the documents and are restricted from (get this) having a lawyer. Republicans should put out their own transcripts!” the President suggested.

Upon Schiff fabricating a story of President Trump’s phone call with Ukrainian President Volodymyr Zelensky during a congressional hearing, to which he later claimed it was a “parody”, the President also said on Monday, “Schiff must testify as to why he MADE UP a statement from me, and read it to all!” (Continued Below)

We leave you with Judge Jeanine Pirro:

“If you don’t like The President’s policy, vote for somebody else and in the meantime, let the man do the job we elected him to do.” #OpeningStatement pic.twitter.com/q3sFWGwjao