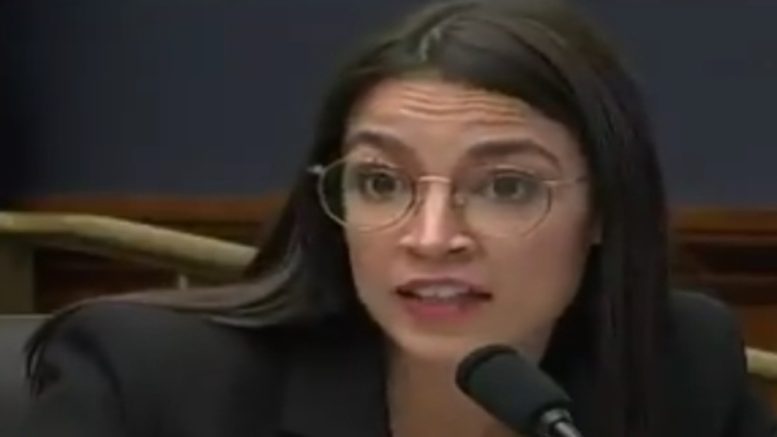 While grilling Mark Zuckerberg on Wednesday, Alexandria Ocasio-Cortez questioned the Facebook founder why he allows The Daily Caller publishing company to be a fact-checker on his social media platform, citing that the company has “ties to white supremacists.”

Cortez asked, “Can you explain why you’ve named The Daily Caller, a publication well-documented with ties with white supremacists, as an official fact-checker for Facebook?”

Zuckerberg said he doesn’t appoint the fact-checkers and “they go through an independent organization called The Independent Fact-Checking Network that has a rigorous standard for who they allow to serve as a fact-checker.”

She replied, “So you would say that white supremacist-tied publications would meet a rigorous standard for fact-checking?”

Zuckerberg reiterated that Facebook is not the ones who come up with standards for being a fact-checker on its network and that it’s The Independent Fact-Checking Network who is doing that, which he stands by.

After learning of AOC’s remarks, The Daily Caller took to Twitter, where they released a statement from their publisher Neil Patel, countering the notion made by Ocasio-Cortez that the company is  tied to white supremacists. See Below

Here is the full statement from The Daily Caller’s publisher Neil Patel:

“Our reporting has directly contributed to putting four members of the “alt-right” in prison and sending two more on the run, at great personal risk to our reporters on the ground. And as a minority-owned and minority-run news company with a diverse staff — including many African-American, Jewish, Asian and other minority employees — any allegation that our company is in league with white supremacist types is offensive.”

“We have denounced white supremacy in the past and are happy to do so again. We share nothing with them and they aren’t welcome in our company. For a sitting member of Congress to knowingly repeat such spurious allegations — especially during these polarized, violent times — is not just despicable, it dangers our staff.” Video Below

In response to @AOC’s recent comments regarding @DailyCaller, from our publisher, Neil Patel: pic.twitter.com/b4vTrXvJOH

In ending, here is Video of Ocasio-Cortez’s full Grilling session with Zuckerberg: