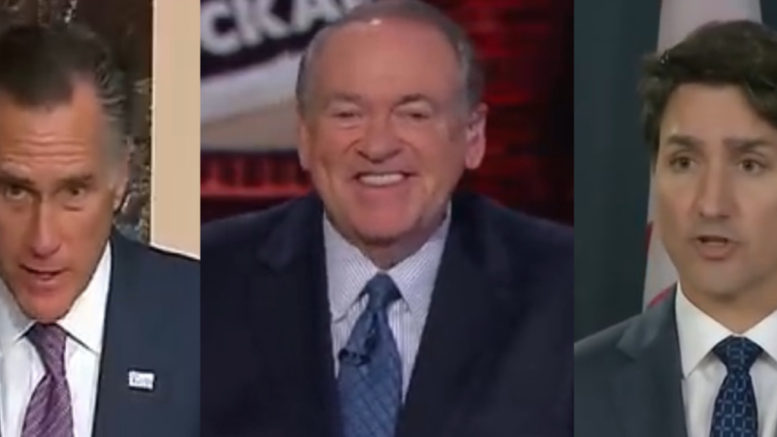 Prime Minister Trudeau won a second term in Canada’s national elections Monday, losing the majority but still delivering strong results despite having been weakened by a series of scandals. He apologized for a blackface scandal. He roiled his base by saving a controversial oil pipeline. And he was accused of bullying his attorney general, reported NPR.

Sen. Mitt Romney, on the other hand, confirmed he has a shadow Twitter account with the handle @qaws9876 and the name “Pierre Delecto” to “keep tabs on the political conversation.”

A writer for The Atlantic, who just wrote a profile on the Utah Republican and his tense relationship with the president, asked Romney about the mystery Twitter account. He said Romney responded in the affirmative: “C’est moi,” which in French means “It’s me,” as reported by Fox News.

Huckabee wrote on Twitter Tuesday, “Wow! In the past 24 hrs, Canada has elected their 1st black PM and the US has its 1st French Senator, Sen. Pierre Delecto. Giddy up!”

In another tweet, however, Huckabee took another jab at Sen. Mitt Romney amid a photo that surfaced with Rep. Katie Hill (D-CA) and a campaign staffer, whose hair she was brushing, while she was naked.

Wow! In the past 24 hrs, Canada has elected their 1st black PM and the US has its 1st French Senator, Sen. Pierre Delecto. Giddy up!

(Related: Huckabee Reacts As Biden Appears To Have A ‘Dental Malfunction’ During The Debate: ‘He’ll Be Able To Do Ads For Poli-Grip’)