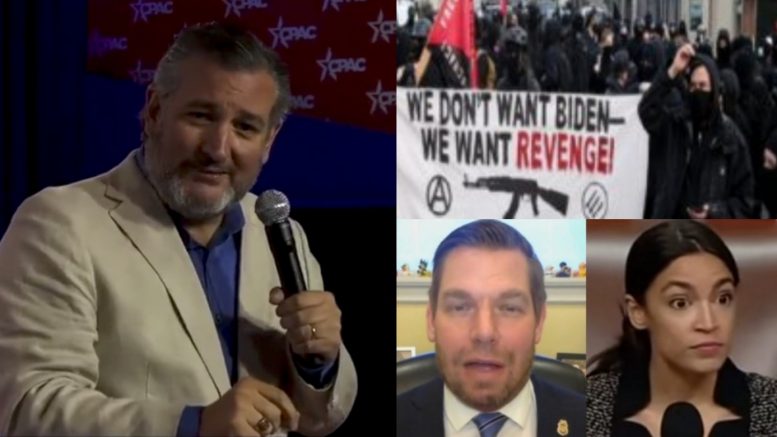 Sen. Ted Cruz poked fun at the far left domestic terrorist organization Antifa and Democrat members of Congress Eric Swalwell and Alexandria Ocasio-Cortez while slamming the state of the U.S. economy as he spoke at CPAC on Friday.

“Look at what’s happening in Washington. Everything is going wrong,” Sen. Cruz declared.

WATCH: (Scroll Down for Full Video)

AOC Says Stephen Miller “Needs To Go” Because “Lives Are At Risk,” Bongino Turns The Tables: “She Needs To Go Now”

Kat Timpf: All You Have to Do Is Look at AOC’s French Bulldog to Know ‘She’s Full of Sh*t’