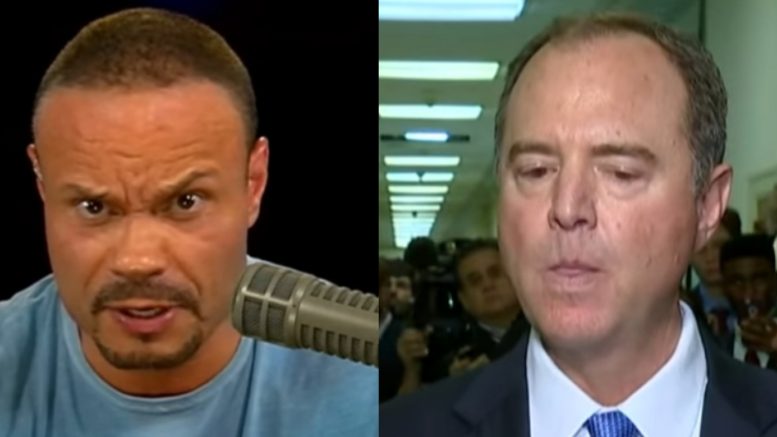 Democrat Congressman Adam Schiff has been on the defensive amid new revelations surrounding the whistleblower drama that directly led to Democrats launching an impeachment inquiry into President Trump.

On Wednesday, it was revealed in an article by The New York Times that Schiff was given an account by the alleged whistleblower before any formal complaint was filed, which is contrary to remarks Adam made in the early phases of the story coming to light.

As a result, Schiff earned “Four Pinnochios” in an analysis by The Washington Post, and there are now mounting calls for him to resign in wake of speculation on how much coordination he and his Democrat colleagues had in the whistleblower’s efforts against President Trump.

On Friday, Schiff made an attempt to fan down the flames that are now encircling him by issuing a statement on Twitter.

“It’s about a damning call in which the President pressured a foreign power to investigate a political rival, harming national security,” he declared. “It’s about our democracy.” See Below

Dan Bongino fired back and leveled Schiff upon seeing his tweet, as he told the Congressman from California exactly how he feels.

“This is simple. You’re a discredited hack. A liar. A factually-challenged, broken soul of a human being, who has now been busted promoting another looney conspiracy theory,” Bongino said in a response to Schiff.

“This is simpler- resign in total shame. You’re a disgrace to this great country,” he concluded. See Below

Earlier on Friday, Bongino also slammed former CIA Director John Brennan for praising Mitt Romney for his attack on President Trump, where the Senator labeled the President’s inquiry into Biden as “politically motivated.”

We leave you with Bongino’s throwdown on Brennan in regards to that peculiar twist:

Related Article: Swalwell Claims Trump ‘Confessed’ To A Crime & Will Be Sentenced, Gorka Fires Back: ‘What Crime Is That President Swalwell?’