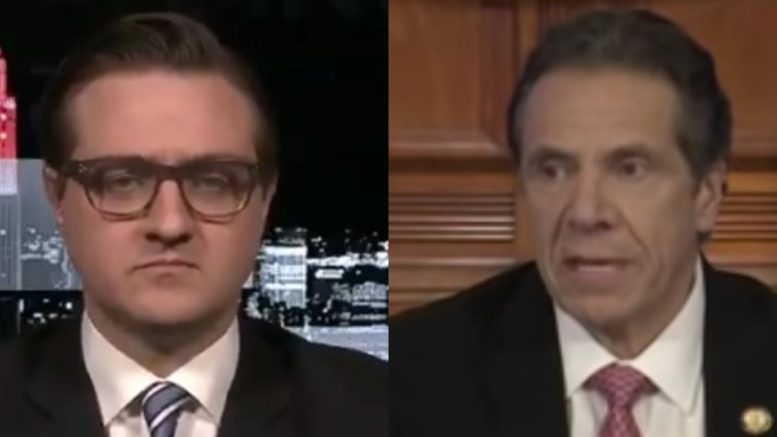 New York Governor Andrew Cuomo had more nice things to say about President Trump’s handling of the coronavirus while appearing for an interview on MSNBC.

Cuomo made the remarks to host Chris Hayes, who is often highly critical of the President and his administration.

Related Article: Cuomo Voices Gratitude To Trump’s Team For Being ‘On It’: “They’ve… Been Doing Everything That They Can Do”

Despite having political differences, Cuomo said he and President Trump have to make their relationship work because people’s lives are at stake. He then complimented the president’s job thus far.

“He’s been responsive,” Cuomo told Hayes. “He’s done a lot of good things. He has the Army Corps of Engineers in our state — FEMA.”

“He waved 25% state match, which is a big deal,” Cuomo added. “So he’s been very helpful and cooperative overall. Video Below

Gov. Andrew Cuomo: the president “has done a lot of good things” and “has been very helpful”https://t.co/S2iKPV6m2p pic.twitter.com/nPBa66vjAG

In ending, here is video of Cuomo applauding the president while interviewing on CNN:

Gov. Andrew Cuomo: “I have been working closely with the president,” “I applaud the president”https://t.co/LkxZFZe8YM pic.twitter.com/g6Az2fsyky

Trey Gowdy On Why Nancy Pelosi Withholding Articles Of Impeachment: “This Is About The Senate”