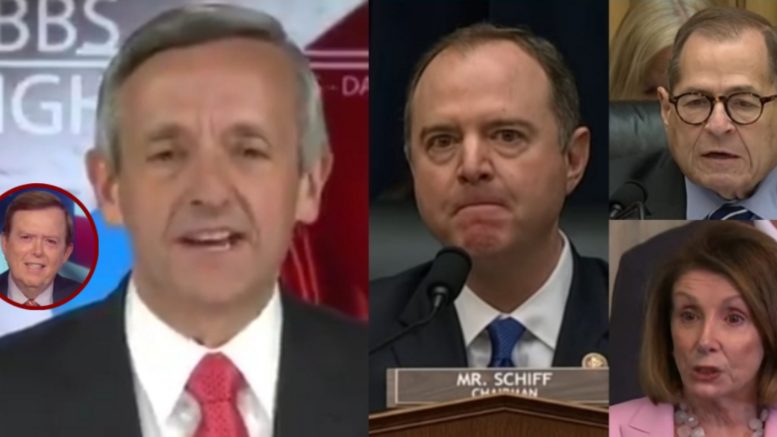 Evangelical Christians are “seething with anger” about the attempt led by Democrats to remove President Trump from office, according to Pastor Robert Jeffress.

While joining Lou Dobbs, Pastor Jeffress expressed how evangelicals love President Trump, which is why Democrats’ effort to “steal” Trump’s Presidency will backfire for them in the 2020 election.

As an example, Jeffress mentioned his experience of speaking with over 5,000 evangelicals while visiting Gatlinburg, Tennessee earlier this week.

“These evangelicals love God. But they also love Lou Dobbs and they love President Trump,” he proclaimed.

“Lou, they are seething with anger over what they perceive is an attempt to steal this Presidency — not just from President Trump, but from the American people who voted for him. They’re going to stand with him.” Jeffress declared.

“I predict this is gonna fail and he’s gonna be elected by the largest margin with evangelicals,” he concluded. Video Below

Related Article: Pastor Jeffress Discloses The Only ‘Unpardonable Sin’ Trump Has Committed Against Democrats: “It’s Time For Christians To Stand Up!”

In ending, here is a tweet by fellow Christian leader, Pastor Darrell Scott, sounding off on the left’s treatment of President Trump:

The Democrats & Fake News Media & Liberal Left haven’t given President @realDonaldTrump a minutes peace since Nov 2016. They’ve been whining & crying & bitching & moaning & criticizing & lying & complaining & resisting ever since they lost , and the Country is SICK of it.

Stephanopoulos to Rep. Bush: Are you worried Defund the Police ‘Could Hurt Some of Your Colleagues Going Into the Midterm Elections?’