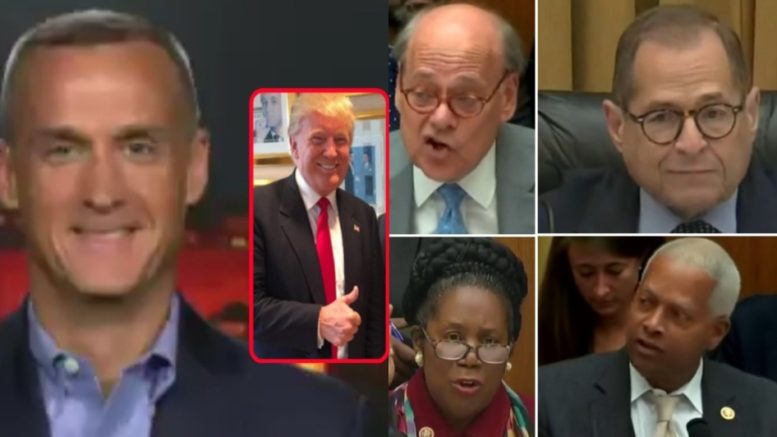 Corey opened up on what it was like testifying before the committee that he summed up with one word: “Chaos.”

Asked if he was nervous about giving tesftimony, Lewandowski replied, “Of course, Judge!”

Corey said he spent hours preparing for the hearing and it paid off because he said, “They never wanted to find out the truth. They know the truth.”

Lewandowski is seriously considering running for New Hampshire’s Senate seat, which he believes is the reason why Democrats of the House Judiciary Committee attacked him like they did during the hearing.

We leave you with a recent tweet where he commented on that matter:

Judge Jeanine Slams Kamala Harris: “What’s with the Stupid Giggle? Are You Laughing at Us?”