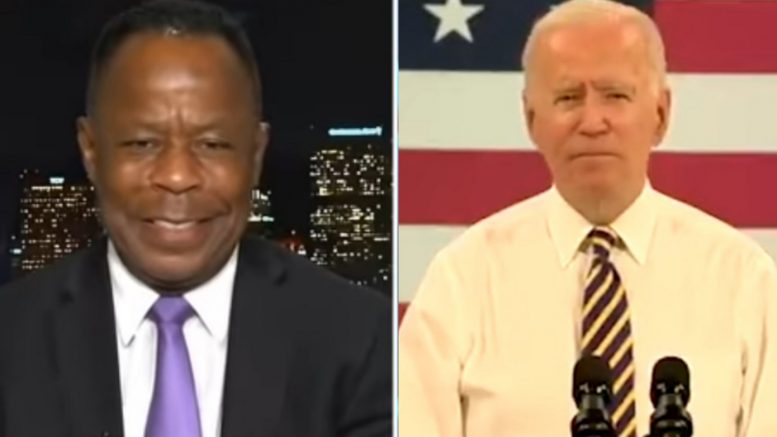 Biden blamed the mistake on a “Freudian slip,” which is defined as an unintentional error regarded as revealing subconscious feelings.

Related Article: Leo Terrell Discloses Why Biden Was The Final Straw Behind Him Ditching The Democrat Party

“Back in 2009, during the so-called Great Recession, the president asked me to be in charge of managing that piece, then-President Trump,” Biden said. “Excuse me, Freudian slip, that was the last president. He caused the… anyway, President Obama when I was vice-president.”

First of all, it’s not a Freudian slip, but Trump is on his brain 24/7. He wanted to be the vice president under President Trump. The problem is this. President Trump cast a large shadow over the White House, the [Biden] administration and the entire Democratic Party. They are basically afraid of President Trump Judge. And Donald Trump’s accomplishments in foyr years — I’m gonna tell you right now — he exceeded the accomplishments of Obama and Biden for eight years.

One last point, they will never give Donald Trump full credit that he deserves for Operation Warp Speed. He is responsible for the vaccine. And that is a shameful attitude of the part of the Joe Biden Administration.” Video Below

.@TheLeoTerrell says The Democrats are afraid of President Trump. He exceeded the accomplishments of Obama and Biden in just for a short years. pic.twitter.com/XZxaCue7hB

LEO TERRELL: "Biden wants to keep the pandemic on the brain of the American public. He doesn't want to talk about border or crime, he wants to play that pandemic game. And he can only handle one issue at the time, he's only allowed to answer one or two topics." pic.twitter.com/9VceCiTknL

Sen. Hawley On His Plan To Object The Electoral College On Jan. 6: “Somebody Has To Stand Up Here”