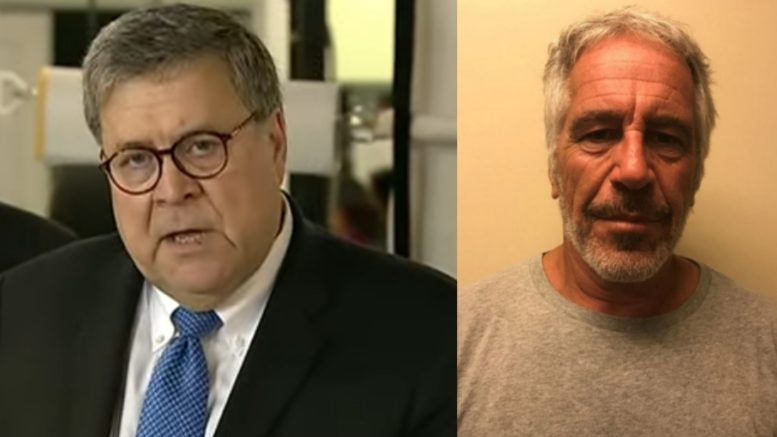 Attorney General William Barr spoke to reporters for the first time since the New York City medical examiner’s office released its findings on Friday afternoon, detailing the cause and manner of Jeffrey Epstein’s death.

The Medical Examiner determined Jeffrey Epstein died by suicide from hanging by his bedsheet inside his jail cell, which Barr said he has seen no evidence to suggest otherwise.

Barr told reporters that aspects of the investigation surrounding Epstein’s death are moving “expeditiously” and he thinks soon he’ll “be in a position to report to Congress and the public the results.”

“I will say, as I have said before, we have found serious irregularities at the center,” he said.

Related Article: O’Reilly Exhibits How Fallout From Epstein’s Death Could Be Good For The Country: ‘Our Prison System Is A Disgrace’

“At the same time, I have seen nothing to undercut the finding of the Medical Examiner that this was a suicide,” Barr declared. Video Below

Trace Gallagher: Epstein Visited WH 17 Times While Clinton Was President, Clinton Flew on ‘Lolita Express’ As Many As 26 Times