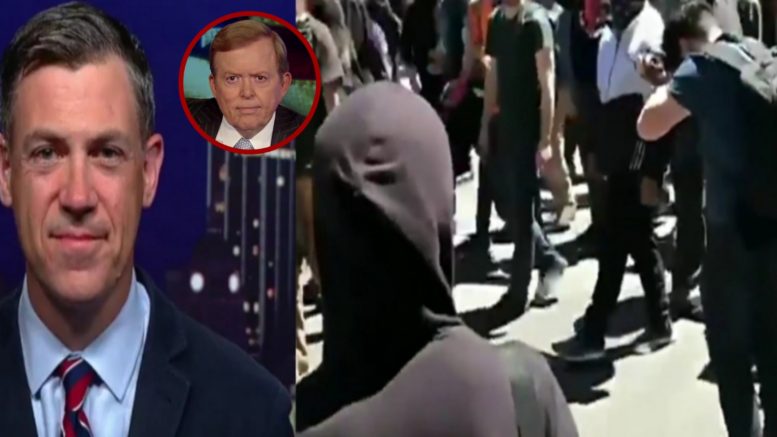 Congressman Jim Banks (R-IN) has had enough of the radical left group Antifa and their ideology and acts of violence & hate they spread as part of their cause.

On Friday, Banks joined Lou Dobbs and shined light on a simple plan that could eventually eliminate Antifa out of American society. And all it takes is a simple process that has to be initiated by the FBI.

When asked if he thinks Antifa will be labeled as a terrorist organization, Banks said, “I hope so.”

Banks went on to say that he is calling on the FBI to something that he thinks is “unbelievable” that they haven’t already done. And that is “to add Antifa to the Domestic Extremist Ideology List.” Video Below

Banks also recommended that the FBI “create a new sub-section for anti-First Amendment extremism, which would include Antifa as well.”

According to Banks, doing this would “draw more scrutiny and attention to who Antifa is and allow the FBI to further investigate and root them out of society all together.”

#AmericaFirst– @RepJimBanks: I’m asking the FBI to add ANTIFA to the domestic, extremist ideology list. This would allow the FBI to further investigate ANTIFA & root them out of society all together. #MAGA #Dobbs pic.twitter.com/9645At1jX7

Rep. Comer: Every Employee at Twitter Involved in Suppressing Hunter Biden Laptop Story will Have an Opportunity to Explain Their Actions

Former Acting AG Whitaker on Merrick Garland Appointing a Special Counsel: ‘Probably the Most Partisan Move He Has Made to Date’