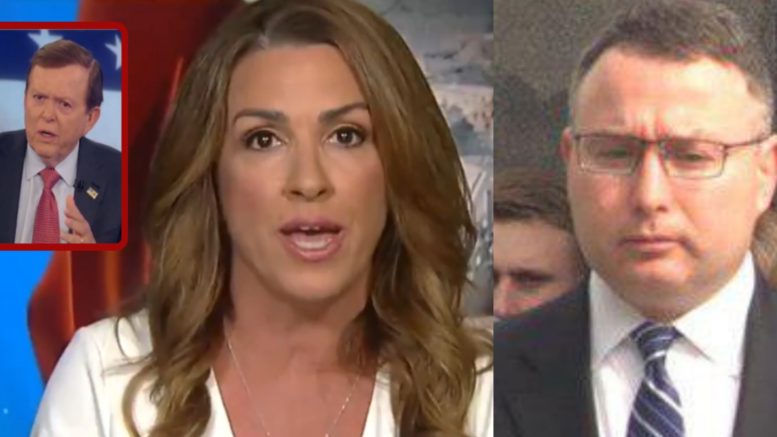 On Tuesday, investigative journalist Sara Carter joined Lou Dobbs to give her take on Colonol Andy Vindman’s opening statement that he reportedly gave during his testimony at a closed door impeachment hearing.

In his statement that was given to the press, Vindman detailed his account in regards to a pair of situations involving President Trump and Ukraine that troubled him to the point that he reported his concerns to counsel of the NSC. One of the situations that raised concern for Vindman was Trump’s phone call with President Zelensky, which he thought wasn’t “proper.”

In reaction to Vindman’s statement, Sara Carter told Lou Dobbs that she, herself, is concerned because it only shows there are people in the NSC and White House who are “actively spying” on President Trump.

And she thinks the only way to combat it moving forward is to completely “clean out” both entities in Washington.

“Within the NCS and within the White House there are people actively spying and listening to President Trump,” Carter said. “And we have to ask ourselves ‘Why?’ This is not respecting the Commander-In-Chief.”

She then pointed out that there was no quid pro quo in the transcripts that are publicly available, and it’s not against the law to say anything that was mentioned in the phone call conversation that is the center of Trump’s impeachment inquiry.

“This goes to show you that prior to 2016, Lou, the Democrats as well as those former senior Obama officials that have been targeting President Trump are continuing to target him, and they are looking for anything and everything,” Sara declared.

“It’s as if President Trump has a police officer following him, illegally, following him everywhere he goes, just trying to find him doing anything…anything at all that they can try pinning on him,” she proclaimed.

“And, I think this is very concerning. And, I think he (Vindman) should actually be removed if he’s not been removed already, and that the President should clean out the NSC and clean out the White House of people he suspects are working for the people that had formerly been in office. This bureaucracy is out of control,” she concluded. Video Below

No Quid Pro Quo. @SaraCarterDC and @HvonSpakovsky on why Vindman’s testimony proves there is no impeachable offense against @POTUS. #MAGA #AmericaFirst #Dobbs pic.twitter.com/inx2wNwyve

Kirstie Alley Responds To Her Critics After Pledging To Vote For President Trump Again: “Love Wins”