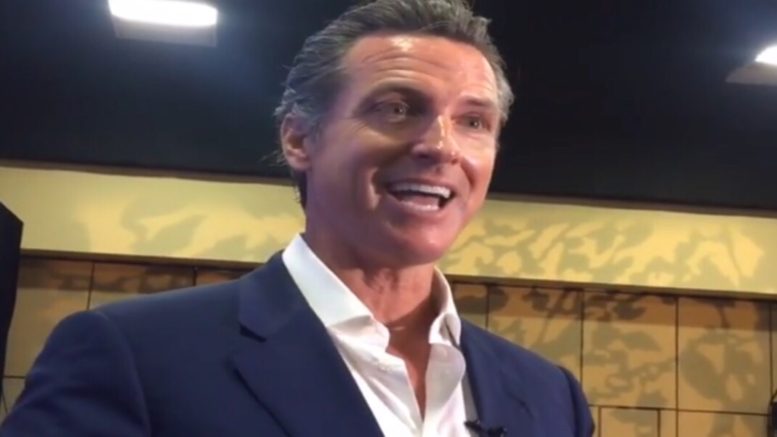 California Governor Gavin Newsom signed a bill into law on Tuesday that would give illegal aliens healthcare and cost California taxpayers $98 million.

The bill gives young illegal aliens healthcare that are eligible for the Medicaid program in California, making it the first state to offer taxpayer-funded health benefits to low-income adults age 25 and younger regardless of their immigration status.

State officials said they expected the plan to cover about 90,000 people. California already covered children 18 and younger regardless of immigration status. The law will not give health insurance benefits to everyone 25 and younger, but only those whose income is low enough to qualify, as reported by Fox News.

The President opposes the subsidies and said that U.S. citizens come first. “It’s crazy!” he told reporters earlier this month. “You look at what they’re doing in California, how they’re treating people. They don’t treat their people as well as they treat illegal immigrants. So at what point does it stop?”

Last month, on the second night of the first Democratic debate, presidential hopefuls were asked whether their health care plan would cover undocumented immigrants. All ten candidates on stage raised their hand in support. (Continued Below)

The Commander in Chief wrote on Twitter after they raised their hands, “All Democrats just raised their hands for giving millions of illegal aliens unlimited healthcare. How about taking care of American Citizens first!? That’s the end of that race!” He declared.

Newsom also said, “We wanted to be here to celebrate what’s right in this country and contrast our approach with the approach coming out of Washington, D.C.” (Video Below)

(Related: Pelosi Calls On Religious Leaders To Help Stop ICE, Pastor Jeffress Fires Back: ‘There Is Nothing Un-Christian About Enforcing The Law’)