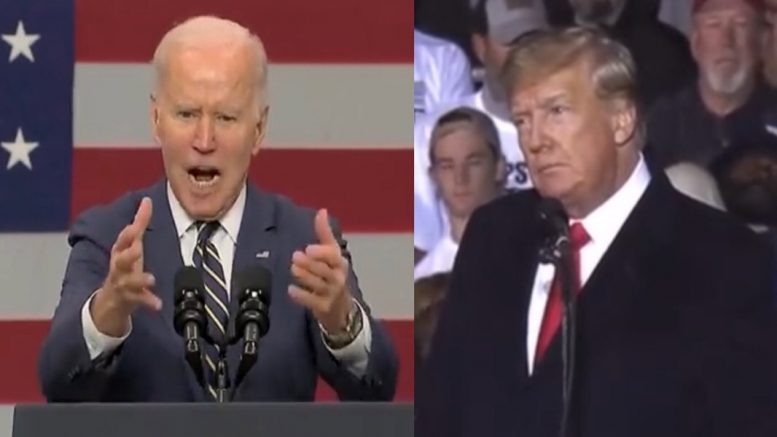 During a “Save America” rally in Conroe, Texas on Saturday evening, the crowd erupted in “Let’s go, Brandon!” chants after 45th President Donald Trump said that 79-year-old Joe Biden “can’t walk into a sports stadium anywhere in America without being loudly mocked and ridiculed”.

He was likely referring to college fans chanting “F**k Joe Biden” at stadiums across the country after the Democrat career politician’s chaotic Afghanistan withdrawal.

“The incompetence of our leaders could be scarcely believed — it’s a disaster and a disgrace what’s happened to our country in the last 10 months. A disaster a disgrace. Nobody could believe it,” the 45th President said at the Texas rally.

“Remember, there’s a reason that Joe Biden can’t walk into a sports stadium anywhere in America without being loudly mocked and ridiculed,” Trump said before his supporters chanted, “Let’s go, Brandon!”

In November, while speaking at an event, Trump commented on the origins of “Let’s Go Brandon” after the crowd chanted the phrase. “I still haven’t figured out — was that young, attractive female reporter — was she trying to cover up or was she being nice?” Trump questioned.

“Did she not understand what was happening? She works for NBC, so it’s about 94% sure that she knew exactly what she was doing. Anyway, well Brandon has become a big star. Nobody ever heard of this guy. Now he’s one of the biggest stars. Nobody ever heard of him! Brandon’s a star. But I still like the first phrase better somehow,” he expressed. Continued Below