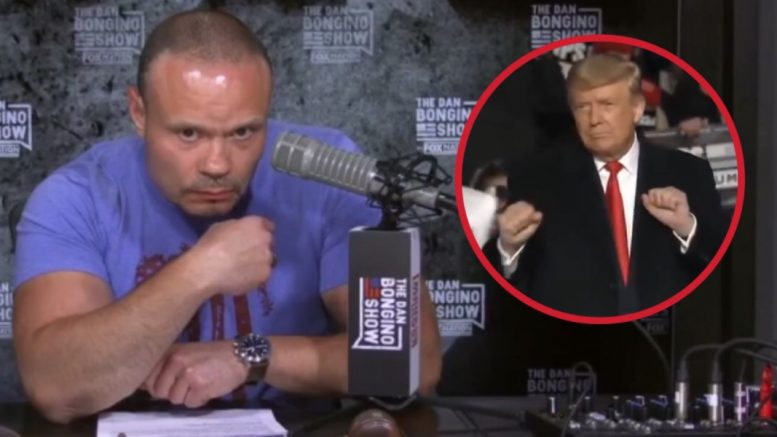 Monday on “The Dan Bongino Show”, former President Donald Trump told host Dan Bongino, “We’re going to make you very happy”, when asked if he plans to run for president in 2024.

“I know you’ve been asked a thousand times, forgive me. But I have to ask: Where are we with 2024? We need you, man. We need you big time. [Are] you thinking about it? Are you leaning one way?” Bongino asked the 45th President.

“Well, I’ll tell you what. We are going to make you very happy,” the former president said. “And we’re going to do what’s right.”

“We’ve done a great job for the country. We built our military and had the greatest economy ever, twice! You know, we rebuilt it and the world collapsed with– the whole world collapsed with [Covid-19]. And then, we built it again with the stock market was higher than it was, even the first time,” Trump said.

“But we’re gonna do the right thing,” he added.

(Related: Trump Indicates ‘The Most Appropriate Time’ He Would Enter The 2024 Race If He Decides To Run)