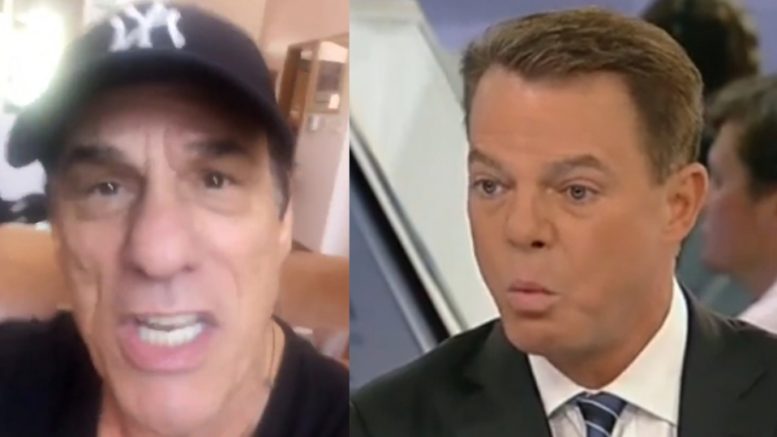 Conservative actor, Robert Davi, took a brief moment to vent his frustration with Fox host Shepard Smith along with the Democrat party for the way they are going about pushing for open borders.

Davi uploaded a selfie-video soon after watching Shep’s coverage of a picture that has been circulating that shows the dead bodies of a male immigrant and his daughter who apparently drowned while trying to migrate to the United States.

Davi admitted that his feelings fall in line with the emotion shown by Shep, who he said was crying and tearing up. Davi said, “What happened to that father and daughter breaks my heart. It breaks my heart, it shouldn’t have happened. We’re all in agreement with that.”

“What’s happening now is people like Shepard Smith is selling the shit to the American public. That — open the borders — that’s what they want,” Davi said.

He went on to say that the way Shepard Smith and Democrats are going about the border narrative is completely “phony.” Davi proclaimed, “It’s a whole ideology that’s mixed in with crap.” Video Below

To back it up, Davi pointed out that the same things Shepard and Democrats are outraged over, also happened on President Obama’s watch, but went under the radar.

Davi declared, “The Democrats have caused this trouble. This is nothing that the Obama Administration didn’t do. There were tons of pictures, but nobody threw them up a thousand times, talking about them with tears in his eyes. Where was the reporting then?!”

“It’s a clown world! It’s gotta stop!
You guys gotta start speaking up! Where are the GOP deadbeats? Speak up in Congress! Tell the world that the Democrats have blocked this! What are you afraid of? So, you lose an election! Stand up for the truth,” Davi concluded. Video Below

Democrats are a group of vote pandering CLOWNS 🤡 pic.twitter.com/q9OcDQRHSr