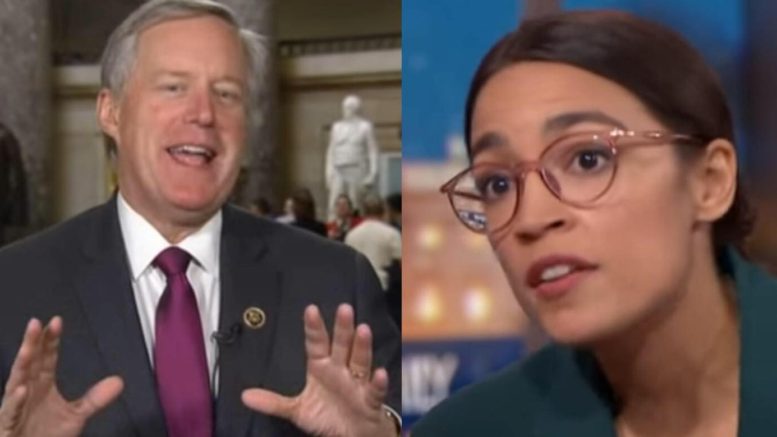 Rep. Mark Meadows (R-NC) joined host Jesse Watters where they discussed the Democrat’s “New Green Deal” that was announced earlier this week by Rep. Alexandria Ocasio-Cortez (D-NY) and other Democrats.

Meadows said no one on Capitol Hill was taking it seriously, but warned perhaps they should. (Video Below)

Jesse Watters pointed out that a handful of Democrats have praised the new proposal, to which Meadows noted Sen. Kamala Harris (D-CA) had made overtures in the past to take away other things from Americans.

Meadows added, “America should take notice, because there are people here in Washington, DC who are dead serious about putting forth this extreme agenda and making sure they take your money and give it to someone else.” (Video Below)

However, Watters said, “It’s soviet communism, and the Trump White House must be licking their chops to run against these people in 2020.”

The North Carolina representative agreed and replied, “They are. When you look at the extreme nature of what they are putting out there, that’s why this President does so well.”

“He connects to the Union worker in Ohio and the farmer in the midwest. He knows what makes this country work.” Meadows added. (Video Below)

(Related: Judge Jeanine Reveals What Is Up Dems’ Sleeves & Proposes Two Choices: ‘Who Are These People?’)

Nancy Pelosi Calls President Trump An “Imposter,” Jim Jordan Reacts: “Democrats Have Been Trying To Get Him Since The Start Of Congress”