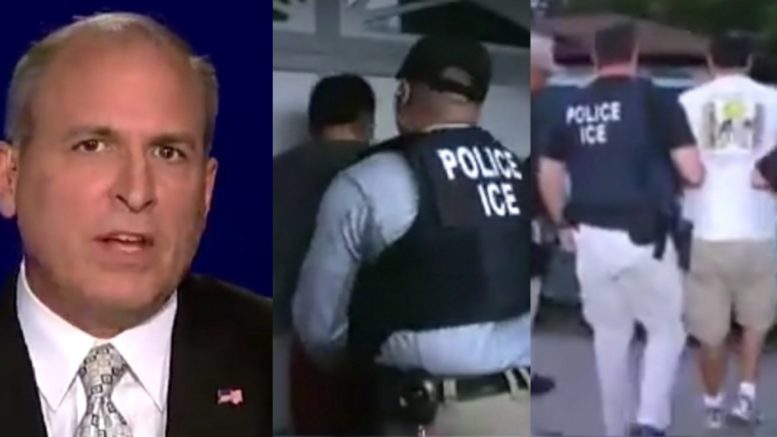 President Trump postponed mass ICE raids that were expected to begin this weekend in 10 U.S. cities, but that does not mean deportations will end, according to ICE Acting Director Mark Morgan.

Morgan said that he’s skeptical if Congress will finally take action on the immigration crisis within the next two weeks, as they have virtually done nothing effective since the 80’s.

However, he is confident that the President is “absolutely committed to enforcing the rule of law and maintaining the integrity” of ICE’s system.

“I assure you, I’ve got the green light,” he continued, “to anyone that’s here, and here in violation of federal immigration law, I have the authority and the support to go after them, apply consequences and remove them.”

Related Article: Migrants Caught On Camera Getting Denied By Private-Funded Wall While Trying To Cross Border

Judge Jeanine asked, “When you say that you have the green light, are you doing it anyway?” Video Below

Morgan replied, “Yes. The men and women of ICE are doing this every day. We’re going after individuals and we’re removing them every day.”

He added, “So, this was not anything new. This is just a overall operation designed to go after and apply consequences to every demographic that’s here illegally, including families.”

He declared, “The political will hasn’t been there before.” Video Below

Acting Director of Ice, Mark Morgan is here with reaction to President Trump’s decision to postpone ice raids and mass deportations across the country that were supposed to happen tomorrow, take a look: pic.twitter.com/J0GzKxsLjl