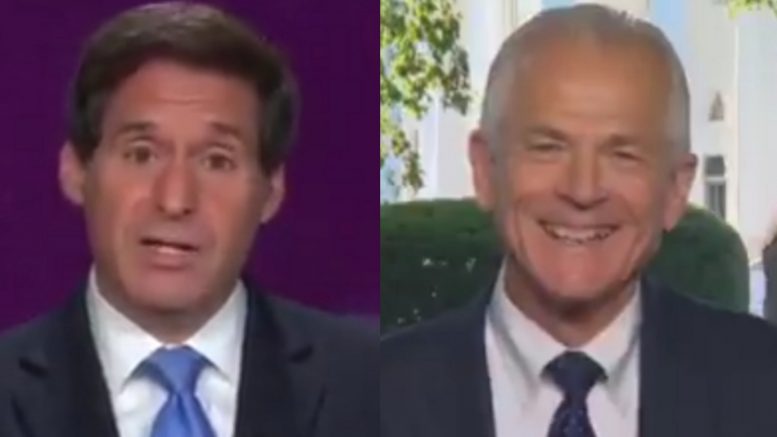 White House advisor Peter Navarro’s interview on CNN was cut short on Wednesday after he betrayed John Berman’s warning not to say “China Virus” on the air.

The pair were discussing the Trump Administration’s handling of the coronavirus pandemic when things took an awkward turn.

“The Chinese Communist Party infected this nation with a deadly virus,” Navarro said. “How come that it is we, as Americans, now are fighting amongst each other?”

Berman replied, “I would ask you, you may wanna pose that question to me. I invite you to pose it to the guy sitting behind you. And I will say that this virus that is affecting the United States right now is…”

“…The China Virus,” Navarro interrupted as he donned a huge smile on his face.

Realizing what was said, Berman sternly replied, “You know, we let you say that once, Peter. Don’t say it again.”

“Alright Peter Navarro, we appreciate you being with us,” a clearly frustrated Berman said. “I know what you’re trying to do there.” Video Below

.@JohnBerman: "You know what? We let you say that once, Peter. Please don't say it again. I know why you're saying it…

I know what you're trying to do there."

Mark Levin Stops The Tape & Roasts Eric Swalwell During His Impeachment Commentary: ‘Why Is This Guy On TV All The Time?’