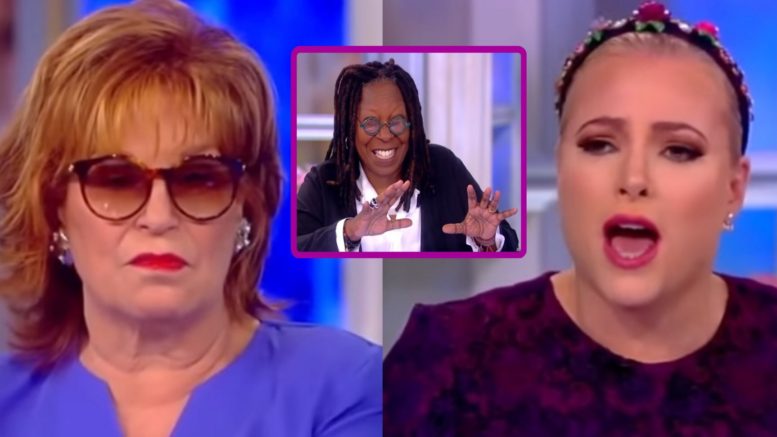 In a heated exchange, McCain was explaining why she thinks President Trump remains popular among his supporters, but she hit back when Behar launched an attack against Trump’s base.

However, Joy Behar insinuated that Trump’s supporters hate black people and immigrants, which prompted McCain to say that she thinks people should remain “open-minded” and not judge the crowd who attended the President’s rally Tuesday night.

“I know you’re angry. I get that you’re angry that Trump’s President– like a lot of people are. But I don’t think yelling at me is gonna fix the problem,” McCain said.

“I’m trying to explain why 2020 is not in the bag for you, it’s not!” She added pushing back at Behar. (Continued Below)

Whoopi Goldberg jumped in to break up the drama but McCain went on.

Then she clarified that she and Behar call each other “bitch” all the time. (Video Below)

McCain also pushed back Sen. Lindsey Graham (R-SC) who tweeted that he was honored to fly down to Florida with the President for the rally.

“The President has a compelling story to tell. Whether it’s nominating conservative judges, defeating ISIS, or cutting taxes and creating jobs, I look forward to helping share that story and spreading his conservative vision. Now…On to Victory! #Trump2020,” Graham tweeted.

(Related: Here Is A List Of 14 SPONSORS To BOYCOTT From THE VIEW)