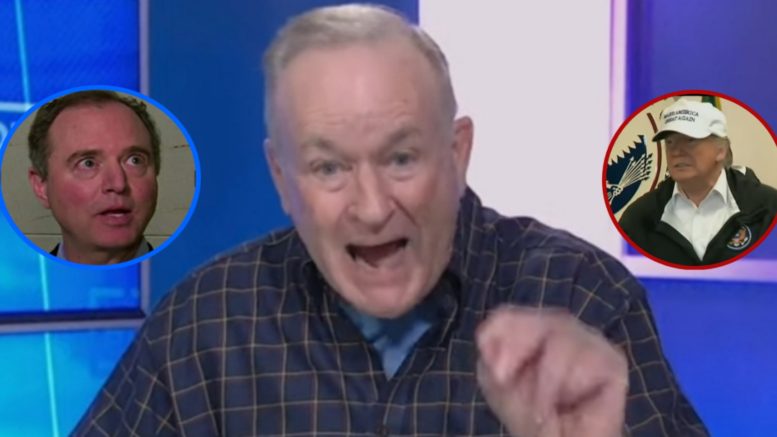 Bill O’Reilly knew in advance that the mainstream media and other forces of the left would put some kind of spin on the Mueller Report, but he was not expecting them to stoop to the level that they did on Thursday, following it’s release.

In a short clip, O’Reilly voiced his anger and disgust at the notions that network talking heads were drawing while putting the Mueller Report and Attorney General William Barr  under their proverbial microscope.

O’Reilly began by saying it’s “so incipently insane” that reporters get paid to “put out this blather. 50% of it is outright lies, and the other 50%, they don’t even understand the process.”

He then stated, “The Attorney General has to give the presumption of innocence” and that “it doesn’t matter” if Barr didn’t say that Mueller did not exonerate Trump, which a member of the media pushed.

That is not the way some members of the media and Democrat leaders, including Jerry Nadler, Adam Schiff and Eric Swalwell, are treating the report. They still insinuate Trump is guilty, and that there is a ‘road map’ for Congress to hold Trump accountable.

“If there are no charges, you are presumed innocent,” O’Reilly continued. “Do you not get due process?! Obviously, they don’t.” Video Below

O’Reilly defiantly went on to declare, “You’re either charged or you’re not. And if you’re not, you’re presumed innocent in this country.”

Related Article:
O’Reilly Points Out How The Left Fell Into Trump’s Trap On The Sanctuary City Debacle

However, he said that’s “not what the far left wants.” O’Reilly cited the #MeToo movement and the nomination process of Brett Kavanaugh as examples of how the concept of ‘guilty if charged’ is being pushed more and more “across the board.” Video Below

O’Reilly Exhibits How Fallout From Epstein’s Death Could Be Good For The Country: ‘Our Prison System Is A Disgrace’