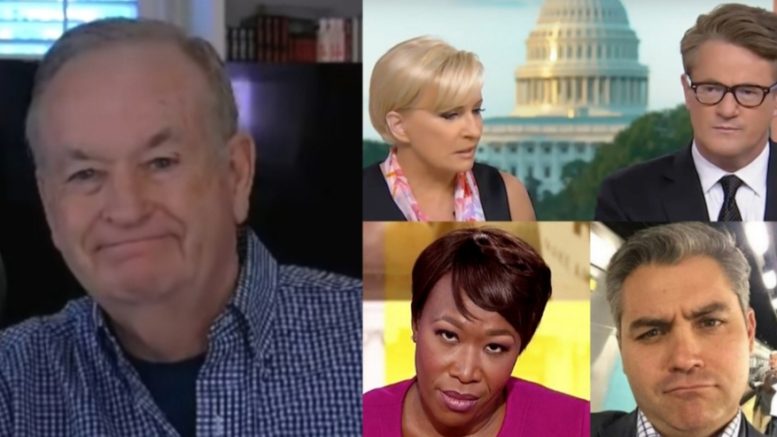 This power pair lit up the airwaves as they discussed the Mainstream media – MSM – and where they are headed going into 2019. A definite ‘don’t miss’ segment. (Video below.)

“The media is on the skids in America.” – Bill O’Reilly

First, Wayne brought up the subject of the media and Trump. He said, “Whether you like him or hate him. The media is going to make a ton of money on everything he says and does.”

Next, addressing Bill he predicted, “I would say the same thing holds true for two thousand nineteen…this is going to be great! For the media and for guys like you and me…there’s always going to be something to talk about, right?”

Bill responded by acknowledging that certainly there would always be interesting things to talk about. However, as Bill is often known to do – he started referring to the facts. The truth is, MSM is not making a ton of money “if you look at the cable news ratings. That is not a good situation,” Bill said.

Bill brought up the point that although MSNBC is excited that they surpassed CNN and are celebrating by “jumping up and down”, the problem is that it’s “all based on hate. You really can’t run a major corporation – and NBC should know this – on HATE. So I see television news in decline.” (Video below.)

O’Reilly: The Media in the Trump Phenomenon – Killed The Goose [That Laid The Golden Egg].

Bill mentioned how a former editor of the NYT, Jill Abramson recently blew the whistle and said, “The New York Times is a corrupt newspaper.” And America knows the media is corrupt. We are tired of the fake news and no one is watching “fake news” anymore as evidenced by the ratings.

Bill said “I wouldn’t be buying any stocks.” He then said, the media has “killed the goose by going so far overboard and not seeking the truth about President Trump.” And that is how the media killed the goose who laid the golden egg.

Related Article: Bill O’Reilly Explains Why He Thinks FOX Is Backing CNN In Their Lawsuit Against Trump (Video below.)

WATCH Bill and Wayne discuss the MSM going into 2019.