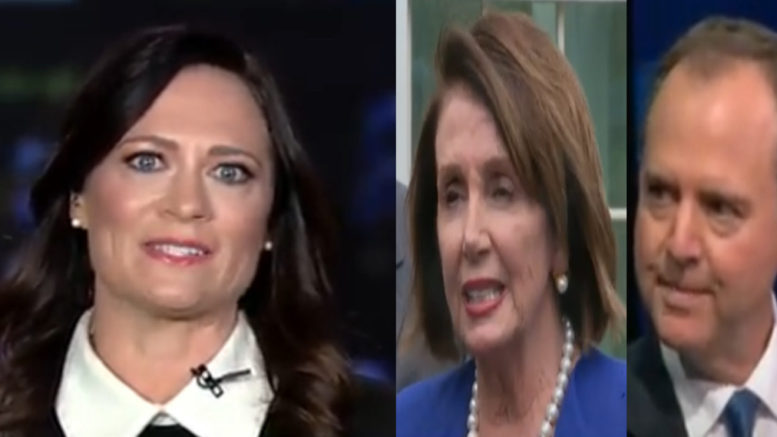 White House press secretary Stephanie Grisham spoke with “Fox & Friends” Monday where she weighed in on Democrats’ effort to “undo the 2016 election.”

However, Democrats are currently in a bind and won’t hold an impeachment inquiry vote because House Speaker Nancy Pelosi (D-CA), doesn’t have the votes needed to make radical Democrats’ “impeachment dreams” a reality. She instead, dangles the idea to placate to her base.

“[President Trump]” has no problem with continuing to work on behalf of the American people, talking about all he’s doing, … and the rest in Washington is just noise, it’s just the Dems doing what they do,” Grisham explained amid Pelosi storming out of the White House on Wednesday.

Asked about the Democrats’ “impeachment inquiry” toward the President, Grisham said, “It’s comical. I was with the President on the campaign, of course, and then watching since the day we took office they have been ‘throwing temper tantrum after temper tantrum’ trying to undo [the 2016 election], and really, it’s only gaining momentum. The people of this country know what the Dems are doing, they’re tired of it.”

“And like I said, the President’s just going to still continue to work. He’s gonna work on immigration, on healthcare, on bringing jobs to this country, on the economy, on the opioids crisis. He is a man who has a goal. He’s been successful all along and the Dems are certainly not going to stop. It’s the JV,” she explained.

She also noted there won’t be there won’t be traditional press briefings “right now” because grandstanding reporters used the event as an opportunity to “get famous.”(Continued Below)

“He’s his own best spokesperson… also, he’s the most accessible president in history,” Grisham said.

“Ultimately, if the President decided it’s something we should do, we can do that, but right now he’s doing just fine and to be honest the briefings had become a lot of just theater,” she said. “I think that a lot of reporters were doing it to… get famous.”

“They’re writing books now, they’re all getting famous off of this presidency, so I think it’s great what we’re doing now,” Grisham added. (Continued Below)

We leave you with a brave patriot with a message to Congress: “You will NOT Impeach our President! If you do, millions of Americans will rise and storm these offices on Capitol Hill!”

BRAVE LADY SENDS MESSAGE TO CONGRESS : “You will NOT Impeach our President!”

“If you do millions of Americans will rise and storm these offices on Capitol Hill!”

I hope they got the message loud and clear . @parscale @DonaldJTrumpJr pic.twitter.com/altt1Ukbfv

(Related: In A Poll, Donna Brazile Asks If ‘All Roads Seem To Lead To Putin’, Gets Reality Checked)