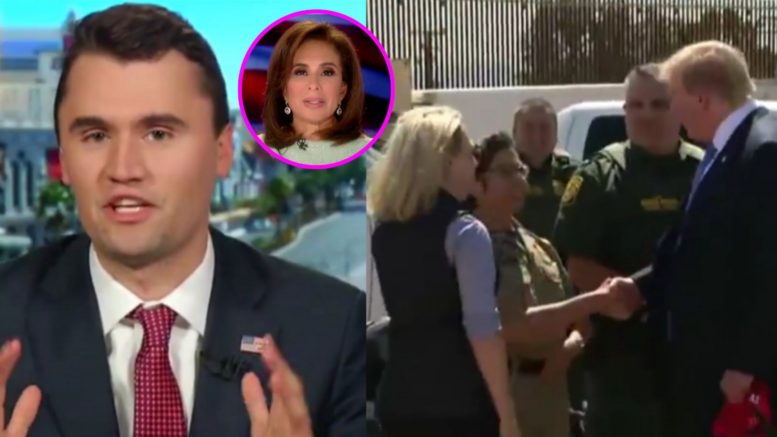 A newly-released poll showed Trump has surged to a whopping 50% approval by the Latino population, despite the belief of critics that his tough stance on illegal immigration will hurt him within the community.

Kirk initially explained that the poll was conducted by a left-leaning source, which gives it that much more impact.

Kirk said, “The tougher the President has gotten at the border, the more Hispanic support has surged.”

He continued, “It’s really actually contrary to what the media elites and the wise men of Washington have been telling us for the last twenty, thirty years.”

“The quote, unquote conventional wisdom,” Kirk said, “was that you need to be for open borders or relaxed immigrantion policy to try to win the Hispanic community.” Video Below

Charlie then said the polling shows that the more President Trump exposes the issue of illegal immigration at border and takes a tough stance on it, more Hispanics support him and explained why.

Related Article: In A Striking Move, Romney Urges An End To ‘Partisan Bickering’ To Resolve The Border Crisis

He concluded, “Illegal immigration directly impacts legal immigrant communities the most, specifically legal Hispanic communities. So this is a great sign for the President going into 2020.” Video Below

.@charliekirk11 "The tougher the President has gotten on the border, the more his Hispanic support has surged." pic.twitter.com/6ozXGwvCy7

WATCH: Rep. Boebert Visits The Border With A Cardboard Cutout Of Kamala Harris: “Look At What You’ve Done”