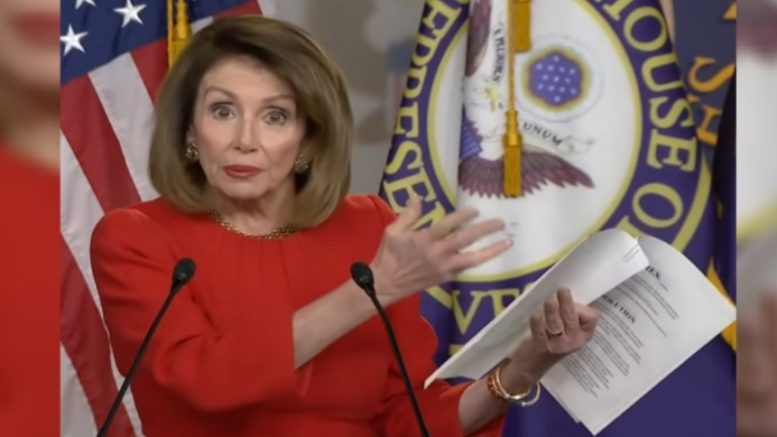 It’s over a year and a half before the 2020 election takes place and Nancy Pelosi is convinced that House Democrats will already have the majority retained and in the bag by November of 2019.

Pelosi is so confident in her party, that she told The Washington Post any Republican who is considering running against an already seated Democrat should “think twice” because of the amount of funds she thinks they will need to compete.

Pelosi said in her published interview, “I’m going to have our races won by this November.”

She also is quoted as saying in direction of GOP’s hopeful candidates, “It’s going to cost you millions of dollars, to win or lose. And if you win — say you win — you’re in the minority.

Pelosi has been trying to get her party under control after suffering a bout of anti-Semitic remarks from freshmen Rep. Ilhan Omar and an accidental roll-out of Rep. Alexandria Ocasio-Cortez’s sponsored Green New Deal that was shot down 57-0 by the Senate.

She has also attempted taming down calls for impeachment, as House Democrats have focused nearly all of their efforts trying to uncover dirt on President Trump since regaining control.

Related Article: Newt Gingrich Makes His Case On How Democrats Have Spun Too Far Out Of Pelosi’s Control

While Pelosi believes it’s a sealed deal that her party will hold the majority in 2020, President Trump said the exact opposite will happen during a recent speech. Video Below

We leave you with video of President Trump saying Republicans will take the House back in 2020, while speaking at National Republican Congressional Committee Annual Spring Dinner: