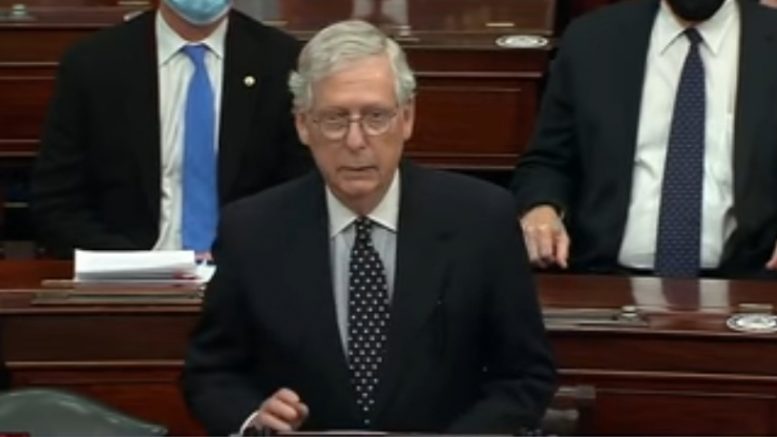 Senate Majority Leader Mitch McConnell is rejecting reports that he supports Democrats in their latest attempt to remove President Trump by impeachment.

A report surfaced on Tuesday — apparently originating from The New York Times suggesting that McConnell was “done” and “furious” with Trump in wake of the Capitol riot last Wednesday, and that the Senate Leader was siding with Democrats in their antics.

“One source told Fox News that McConnell has not made up his mind about what to do about impeachment, and does not see this as a partisan exercise like the previous impeachment effort against Trump.”

Sean Hannity denied the report on behalf of Senator McConnell later on his Tuesday night program.

Hannity reported: “McCarthy, by the way, told us in spite of this New York Times piece that came out, he said ‘No’… he does not support the impeachment charade — does not want the President to resign. And he emphasized that he has been advising members repeatedly throughout the last few days that impeachment, yes, is a horrible idea.” Video Below