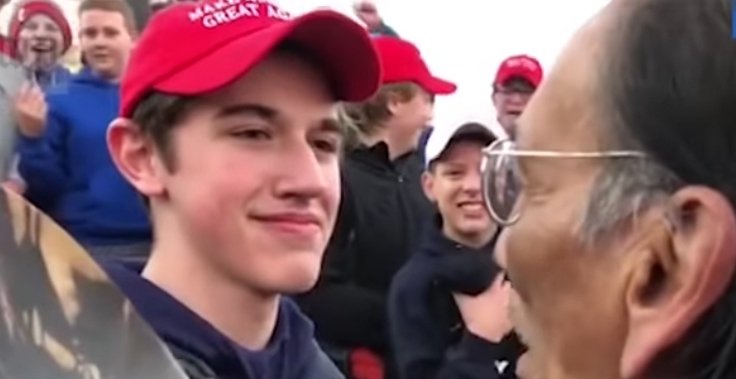 On Tuesday, Nick Sandmann’s legal team dropped a major announcement on their quest to hold people and organizations accountable for their smear campaign against the Covington High School teen.

Per their website, Sandmann’s legal team at Hemmer Defrank Wessels, released a statement saying they have filed a $250 million lawsuit against The Washington Post on behalf of Sandmann.

The lawsuit dropped by Sandmann’s legal team on The Washington Post, apparently, is the first of more to come, as they said at the end of their statement, “This is only the beginning.”

The statement read, “Today, Lin Wood and Todd McMurtry filed their first lawsuit on behalf of Nicholas Sandmann against The Washington Post. ”

They continued, “The suit seeks $250 million in both compensatory and punitive damages. Lin and Todd will continue to bring wrongdoers before the court to seek damages in compensation for the harm so many have done to the Sandmann family. This is only the beginning.” Video Below

Just weeks ago, Sandmann’s legal team revealed they sent letters to 54 people and organizations, who they considered to fuel the nation-wide smear campaign against Sandmann and his teenage peers from Covington Catholic High School seen wearing MAGA Hats.

Sandmann was initially accused of getting a Native American’s face who was beating a drum and taunting him. This was based on initial circulated video by that went viral and a first hand account by the Native American man, Nathan Phillips. Video Below

But further video and other eye witness accounts proved the exact opposite happened, as it was Phillips who approached Sandmann and pounded his drum just inches from Nick’s face.

Sandmann’s lawyer, Lin Wood, since made the following video that proves Sandmann’s innocence:

Nick Sandmann’s Legal Team Turns Up The Heat On Nathan Phillips, Disclose Intentions To Sue Him