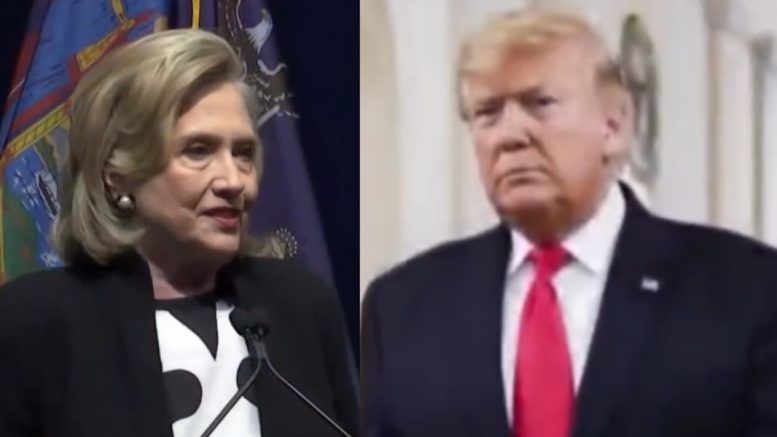 45th President Donald J. Trump on Thursday sued Hillary Clinton, the Democratic National Committee and several other Democrats, alleging they tried to rig the 2016 U.S. presidential election by tying his campaign to Russia.

The lawsuit, which was filed in the United States South Florida District Court, claims that Clinton and other members of the DNC “orchestrated an unthinkable plot – one that shocks the conscience and is an affront to this nation’s democracy.” The alleged plot in question involved falsifying records and manipulating data in an attempt to “cripple Trump’s bid for presidency” during the 2016 election, Newsweek reported.

“Acting in concert, the Defendants maliciously conspired to weave a false narrative that their Republican opponent, Donald J. Trump, was colluding with a hostile foreign sovereignty,” the former president alleged in a lawsuit filed in federal court in Florida.

In the lawsuit, Trump is seeking compensatory and punitive damages. Trump said he was “forced to incur expenses in an amount to be determined at trial, but known to be in excess of twenty-four million dollars ($24,000,000) and continuing to accrue, in the form of defense costs, legal fees, and related expenses.”

The lawsuit can be read HERE.

The lawsuit names the following people: