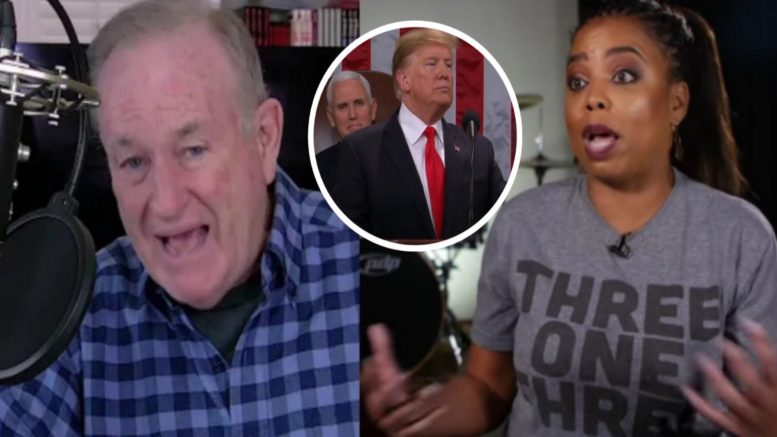 Jemele Hill, a writer for the Atlantic, and former host at ESPN made a disgusting joke this week about assassinating President Trump.

This is the same person who got dumped by ESPN after she claimed Trump is a white supremacist. (Video Below)

Hill’s assassination remark came Tuesday evening as Trump delivered his annual State of the Union address. One Twitter user tweeted during the speech that it’d be funny if Rep. Alexandria Occasio-Cortez, D-N.Y., shouted “ whose mans is this,” which is apparently what the kids say today to mean someone is being a buzzkill, reported Washington Examiner.

In response to this tweet, Jemele Hill wrote on Twitter, “Nah, she gotta yell: GETCHO HAND OUT MY POCKET.”

For those of you who don’t get it, that’s a reference to the 1965 assassination of Malcolm X. In February of that year, as Malcolm X addressed a gathering of nearly 400, a man in the crowd shouted, “ N—-r, get your hand out my pocket!” It’s believed that the man’s intention was to distract Malcolm X’s bodyguards, who dutifully investigated the commotion, leaving Malcolm X vulnerable to an attack. At that moment, three armed men charged the stage, riddling Malcolm X’s body with bullets, per Washington Examiner.

Bill O’Reilly caught wind of Jemele Hill’s tweet and took matters into his own hands. (Video Below)

Bill O’Reilly began by explaining that “the Twitter mob is a gross danger to this Republic– to our country.”

He discussed Jemele Hill’s tweet about assassinating the President, and he said, “That’s a direct reference to the assassination of Malcolm X.” O’Reilly continued, “Someone in the crowd yelled, ‘get your hand out of my pocket’ to divert security away from Malcolm X so his assassins from the Nation of Islam could gun him down.”

“Now, I called immediately to the Secret Service to investigate Miss Hill and the Atlantic magazine, because this has got to stop! Enough. Alright, we know you hate the President, but we’re not as a nation going to accept this kind of violent innuendo.” O’Reilly announced. (Video Below)

“So, the Secret Service should bring in Jemele Hill, try to ascertain her intent. Bring in the editors and publishers of the Atlantic magazine, and then issue a conclusion or a statement about what happened.” O’Reilly suggested. 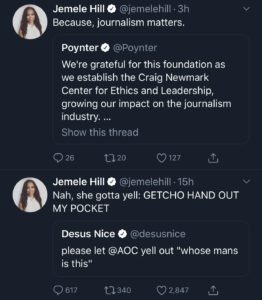 Elon Musk to ‘Independent-Minded Voters’: ‘I Recommend Voting for a Republican Congress’