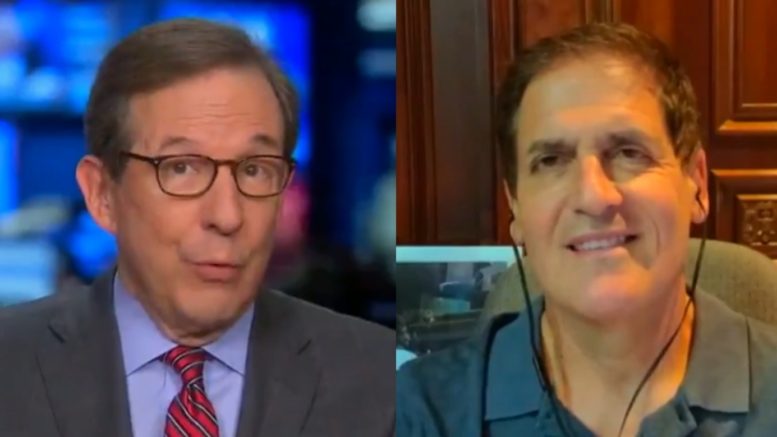 Cuban initially flirted with the idea of running for President back in 2019, which he eventually decided against. However, that all changed after he mentioned this past week that he is reconsidering the idea.

Related Article: Gov. Cuomo Responds To Growing Democrat Support For Him To Replace Biden On The Ticket: “Flattering” But “Irrelevant”

Wallace questioned Mr. Cuban if he was really serious about possibly running for President at this point in the race, especially since many states’ deadlines have either already passed or are on the verge of passing to enter as an Independent.

“Hey, unique circumstances — you just never know, Chris,” Cuban replied. “I never would have considered it prior to a month ago. But now things are changing rapidly and dramatically, so…”

“I’m not saying saying no, but it’s not something that I’m actively pursuing. I’m just keeping the door open,” he added. Video Below

Wallace followed up by asking, “But are you saying thst this is something that is serious?”

Cuban responded, “Um, as it is today, I’d say probably not — that it’s not gonna happen, but again, some things can change. You just never know.”

“This is not something we’ve seen before. This is obviously a unique set of circumstances, and so I’m not just gonna say know. You just don’t know what can happen between now and November,” he concluded. Video Below

"You just don’t know what could happen between now and November."
Mark Cuban on whether or not he will be running for President this year. #FNS #FoxNews pic.twitter.com/gG899KktHH