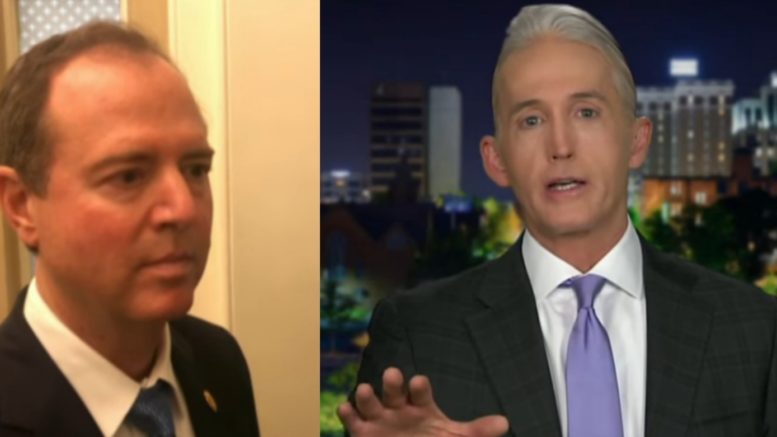 Despite calls from President Trump to put an end to all partisan investigations, Congressman Adam Schiff continues to push forward.

Schiff announced Wednesday his plan for sweeping investigations into President Trump that will go “beyond Russia.” The only problem, however, is much of what he announced had already been done back in September 2018, as several conservative figures called out on Wednesday following Schiff’s press conference.

Schiff claims he will not be “intimidated by threats or attacks,” which he primarily was signaling to remarks made by the President in his State of the Union Address.

Schiff said in a tweet, “I can understand why the idea of meaningful oversight terrifies the President. Several of his close associates are going to jail, others await trial, and criminal investigations continue.” He added, “We’re going to do our job and won’t be distracted or intimidated by threats or attacks.”

Related Article:  Panic Sweeps Across The Left As They React To Whitaker’s Comments On The Mueller Probe

In a recent program on FOX, Former Congressman Trey Gowdy fired back at Schiff, saying, “I just wish Adam would be intimidated by facts.” Video Below

Gowdy, who worked with Schiff on the House Oversight Committee, mentioned how many times Adam has been wrong on several aspects of the Russia collusion investigation on top of leaking bad info to the press.

Gowdy challenges the media to press Schiff deeper into the facts behind some of Schiff’s wild accusations against the President and his associates, as he says the evidence doesn’t exist.

Gowdy went further to claim Schiff’s goal is not to get to truth, but actually is interested “in undoing the results of the 2016 election.” Video Below