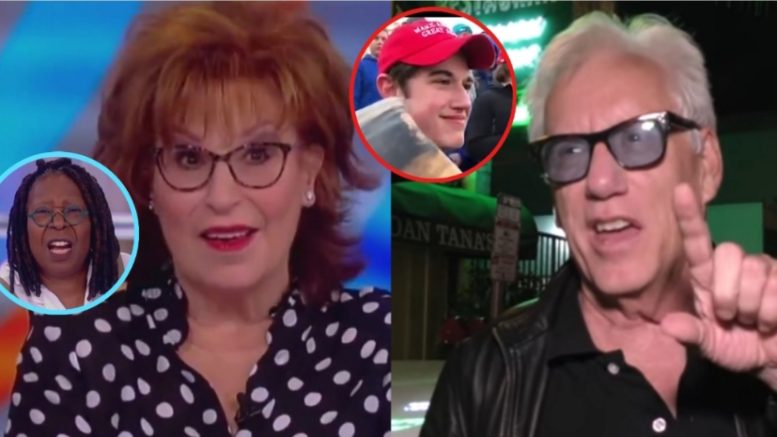 The media has been suffering a terrible string of bad luck over the past week, that has exposed the dangers of risky reporting that they’ve turned towards in recent times.

First, there was the BuzzFeed phony report that had the media screaming “impeachment” from proverbial mountain tops without verifying the story, only to be proven wrong.

Then came the smear campaign against Covington Catholic High School kids who were wearing MAGA hats. Several journalists were forced to retract or pull their statements, primarily targeting the kid with an infamous smirk while an Indian man pounded his drum in the kid’s face.

This has all been the result of the media rushing on getting a story out that could make the President or his supporters look bad without verifying the facts. If nothing changes, their tactics will ultimately prove the President’s notion that America’s media is nothing but “Fake News.”

In a recent program of The View, Whoopie Goldberg tried wrapping her head around why the media continues to make the mistake of drawing conclusions and pushing a narrative without seeking all of the facts first, only having to backtrack. She asked Joy Behar, “Why do we keep making the same mistakes,” to which Behar replied to an amused audience, “Cause we’re desperate to get Trump out of office.”

Joy Behar Makes An Excuse For Why She And Her Media Buddies Smeared Covington Catholic HS Kids & Continue To Push Unverified, False Stories

James Woods corrected Behar’s excuse with his own thoughts on what a better answer would be for the shenanigans brought forth by her and other members of the media.

Woods said, “No, you did it because you’re mean-spirited and ignorant. You hide behind the First Amendment, but never act responsibly in a manner commensurate with the rights guaranteed therein.”

Related Article: Brad Parscale Comes Forward With A Piece Of Advice For The Media: ‘Work On Not Sucking’

His comment proceeded others that were made after it was uncovered that the media’s initial assessment of the CCHS situation was dead wrong.

Woods said, “To libel or slander an innocent child and/or his family, and especially promote violence against them, is a serious cause of action. These heinously irresponsible media outlets have deep pockets.”

He then concluded, “After the horrid Covington Attacks one can now comfortably say the American press is indeed the Enemy Of The People.” See Below

James Woods: Whoever Created This Stunning Campaign Ad Just Made Caitlyn Jenner A Viable Candidate for Governor of CA