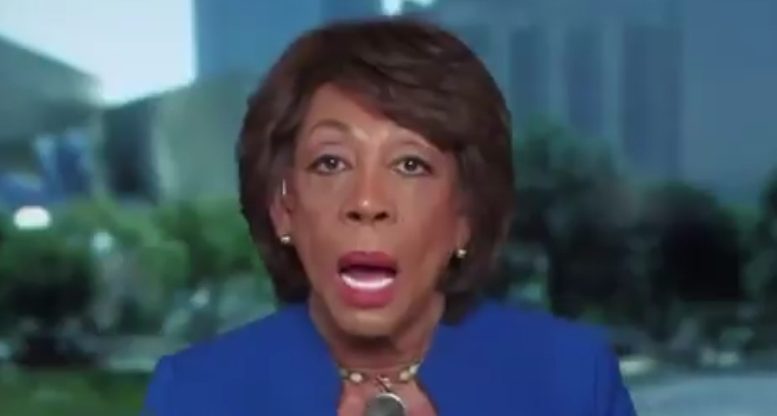 The government shutdown has stretched well over 30 days, and over 800,000 federal workers are still working without receiving a paycheck.

Democrat lawmakers, however, have enjoyed vacations while still getting paid on the taxpayer’s dime, without showing any kind of willingness to hammer out a deal with the President.

Maxine Waters, one of the most vocal critics of President Trump, has recently pledged to do everything she can to support federal workers not receiving pay and “get this government open.” And, of course, she again vowed to impeach President Trump.

Democrats rejected President Trump’s latest generous offer to open the government, before he was even able to announce it. And as a result, Waters and her colleagues’ statements in support of doing ‘everything’ to open the government appear to just be a bunch of words with no backing, as there is still no sign of Democrats heading to the negotiation table.

Related Article: Sara Carter & Geraldo Team Up To Put The Heat On Schumer & Pelosi Over Their Resistance

As a matter of fact, Waters was recently caught on camera enjoying the luxury of a First Class plane ride to DC, just days after the President rejected Nancy Pelosi aircraft for her excursion. See Below

Benny Johnson from the Daily Caller was boarding an aircraft bound for Washington, DC. And guess who he spotted sitting in First Class? That’s right, none other than Maxine Waters!

Benny tweeted a photo he snapped of Waters with the caption, “HEY LOOK – It’s Maxine Waters sitting in First Class on my flight to DC during the government shutdown. Fancy.”

He continued, ” This is the only photo I could snap since she’s in the first row & I’m literally in the last row. (She’s reading a newspaper article about herself – lol)” See Below

It sure must be nice enjoying first class, while 800,000 federal workers you supposedly are “doing everything” for aren’t getting a paycheck!