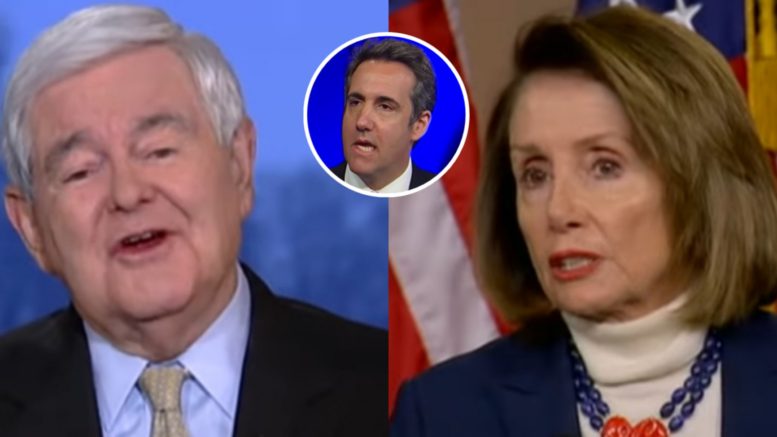 That is precisely the notion Newt Gingrich used as he debunked BuzzFeed’s Cohen Story just hours before Special Counsel Mueller’s team did.

Early on Friday, Newt appeared for an interview on Fox News to give his take on BuzzFeed’s Cohen story as well President Trump’s handling of House Speaker Nancy Pelosi.

While mainstream news was drooling over BuzzFeed’s story and calling for impeachment of the President, Newt played a different tune, which now has been proven to be the right one.

Newt said, “Can you imagine any President saying to somebody ‘I’d like you to go over now and lie to Congress.’ It’s crazy and only the modern liberal media would give it any credit.”

Gingrich then smashed BuzzFeed, after a Fox host mentioned they were also responsible for spreading the Fake Russian Dossier. He said, “BuzzFeed is equivalent to those tabloids you buy at the grocery store, on your way out, that introduce you to Martians and tell you the stories of three stars who lived anguished lives that you never knew about.” Video Below

Gingrich slammed Pelosi for trying to do everything she can to destroy Trump’s Presidency, from not compromising on any deal that includes the wall to trying to delay the State of the Union. (Related Article: Key GOP Leaders React After Pres Trump Postpones Nancy Pelosi’s Foreign Trip)

He said Pelosi wanted to play tough, the President read that, so he gave her tough by pulling her flight and sending a message that she needs to stay in the US to work out a compromise. Gingrich also believes the President succeeded by exposing Pelosi and her colleagues’ attempt to burn government money on a trip while other government workers are not getting paid. Newt said, “From the President’s side, it was a home run.” Video Below