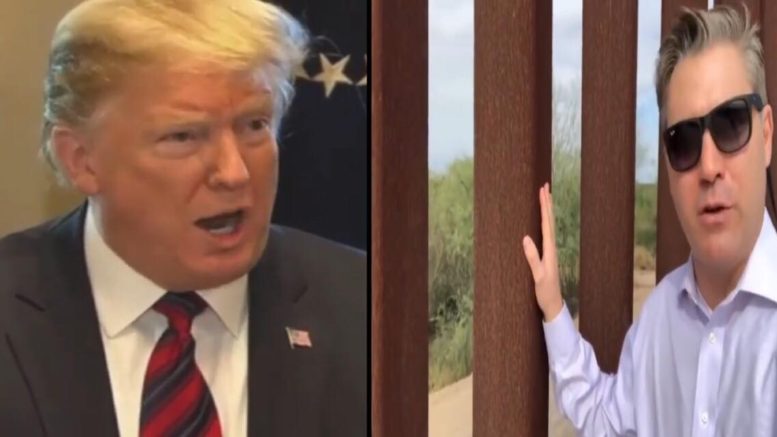 As the partial government shutdown continues, the President is keeping up the fight to secure the border and protect America.

Most everyone agrees with what the Commander in Chief is doing and even calling for the President to go forward and declare a national emergency. (Video Below)

President Trump said on Friday it would be easy for him just to declare a national emergency and find federal money to build a barrier along the southern border, but he’s not going to be so quick to do that because he thinks lawmakers can do it.

President Trump hosted a roundtable discussion with State, local, and community leaders, who spoke on how the crisis at the border is negatively impacting communities across our Nation.

The President said during the meeting that the “easy solution is for me to call a national emergency, but I’m not going to do it so fast.” He added, “This is something that Congress can do. It’s a 15 minute meeting.” Further he added, “If they can’t do it, I will declared a National Emergency. I have the absolute right to do it.”

After the meeting, Jim Acosta from CNN could be heard shouting questions to the President. Trump responded back thanking him for his sales pitch. (Video Below)

While in Texas on Thursday, Jim Acosta toured parts of the border while he awaited the President’s arrival and posted a video of himself on Twitter, and it instantly backfired.

President Trump responded to Acosta after meeting telling him, “Good job yesterday, I appreciate your sales pitch.” (Video Below)

Triggered Acosta arrogantly said to President Trump, “I didn’t see any invasion at the border.”

Trump shot back, “I know, that’s because we have a wall.”

Acosta smarted off and said, “Actually, there are portions that didn’t [have a wall].”

Then, the President fired back, “Some people are dumb. Good promotion for us.”

(Related Article: San Diego TV Outlet Calls Out CNN After Declining Key Info That Backs The Need For A Wall)