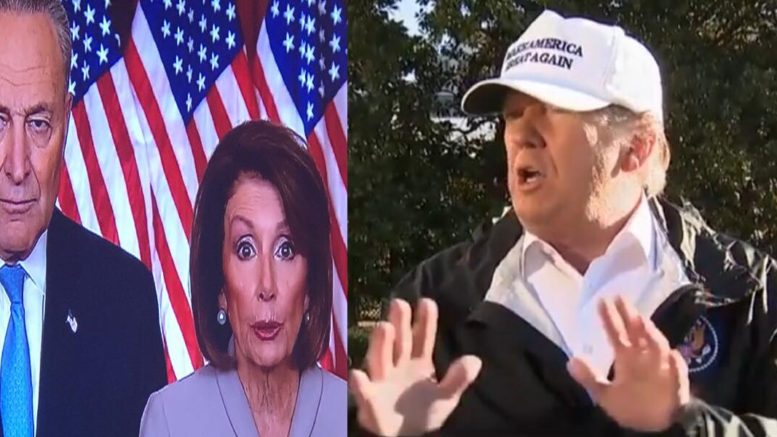 As President Trump is headed to the southern border in Texas, he spoke with the press where he took a few questions and pushed back against obstructionist Democrats.

The President is committed to secure the border and keep American safe, despite his haters opposition. (Video Below)

After a meeting that didn’t go anywhere Wednesday with top congressional Democrats, President Trump walked out and said it was “a total waste of time.”

Senate Minority Chuck Schumer (D-NY) and Speaker Nancy Pelosi (D-CA) claimed the situation at the border is a “manufactured crisis,” and they won’t budge on funding for a wall.

President Trump told reporters on Thursday, “You have another side who doesn’t care about border security.”(Video Below)

“The Democrats, which I’ve been saying all along, they don’t give a damn about crime!” The Commander in Chief declared.