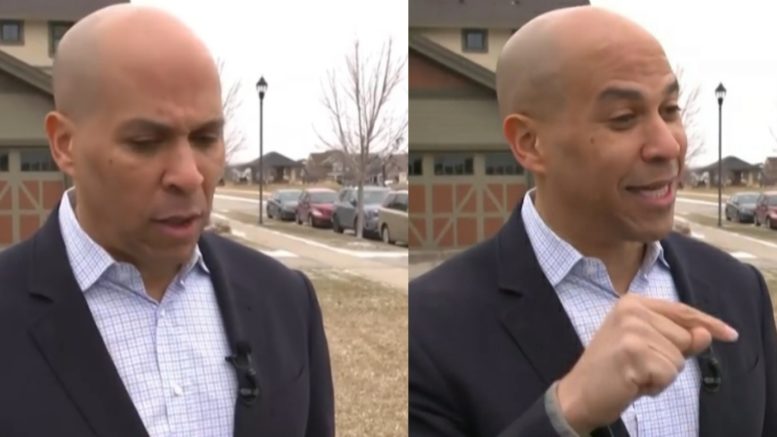 Democrat Presidential candidate Sen. Cory Booker voiced some frustration for likely not qualifying for the January 14 debate that will be held in Des Moines just days before the Iowa Caucus is held on February 3.

Booker meets the fundraising requirements for the January debate. However, if something doesn’t change soon, his dismal polling numbers will disqualify him from being able to participate.

According to Newsweek, Booker is “only ranked at 2%” in the most recent poll conducted by The New York Times.

“In order to qualify, Booker and other candidates must achieve either a 5 percent ranking in four separate polls or 7 percent in South Carolina, New Hampshire, Nevada or Iowa-based polls,” Newsweek reported.

When asked about the likelihood of not being able to participate in the January 15 debate, Booker said, “We are surging in Iowa right now. We’re up in number three in net favorability in a state where most people haven’t made [up] their mind. We are one of the most popular in the state.” Video Below

Booker then claimed that his campaign is one of the top for endorsements in Iowa, which he believes is a “sign of a surge.” And he complained that “there hasn’t been a poll in Iowa since early November” as “a lot has changed” in the field since then.

“So, I don’t understand the DNC,” Booker said, and he went on to suggest that his campaign is “likely to upset in Iowa.”

“We are loving what’s happening to us in Iowa. I do not understand the debate right before the caucuses — one of the campaigns clearly that’s the most competitive — not to have me on that stage makes no sense,” Booker argued. “But again, not arguing with the refs. I’m focusing on the game. And…our ground game here is better than anyone’s in the state.” Video Below

Sen. Hawley Calls Out Dems For Trying To ‘Bring Back The Days Of The Religious Test’: “It Must Stop”