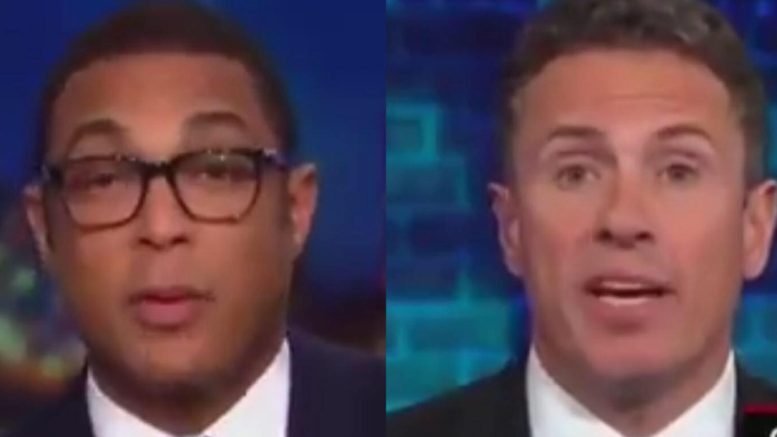 President Trump announced he would address the nation from the Oval Office Tuesday night. The unscheduled prime time speech sent the mainstream media into panic mode.

“I am pleased to inform you that I will Address the Nation on the Humanitarian and National Security crisis on our Southern Border. Tuesday night at 9:00 P.M. Eastern,” the President wrote on Twitter Monday. (Video Below)

Upon the announcement of the President addressing the nation, there was doubt whether networks would air the President, however, doing such would prove President Trump’s condemnation of the fake news media and their bias.

CNN rather, continued to resist the right of the American people and questioned if the President should be allowed to talk about the critical matters of the border wall, national security, and the government shutdown.

CNN’s Don Lemon called for the speech to be delayed so that it can be selectively edited before the public is allowed to hear it, but Chris Cuomo stopped him in his tracks.

Lemon was concerned about letting President Trump address the nation. (Video Below)

Listen, I’m not saying that we shouldn’t do it, but do you think it should be… I don’t know, a delay of some sort, and then you can… because people believe it. The President will say what he has to say. People will believe it whether the facts are true or not. I guess that’s the chance you take with any president, but this one is different. And then by the time the rebuttals come on, we’ve already promoted propaganda possibly, unless he gets up there and tells the truth.

Cuomo’s facial reactions to Lemon’s comments were priceless. He corrects Lemon and shot back telling him that wanting a border wall isn’t immoral or wrong. “He has his right to make the argument to the American people. And by the way, wanting barriers along the border is not propaganda. It’s not immoral. It’s not wrong.” (Video Below)

The bias from CNN is so obvious.

UNBELIEVABLE: Don Lemon suggests that Trump's speech be delayed so it can be edited and kept from Americans.

Chris Cuomo (the voice of reason) corrects him and says wanting a border wall isn't immoral or wrong.