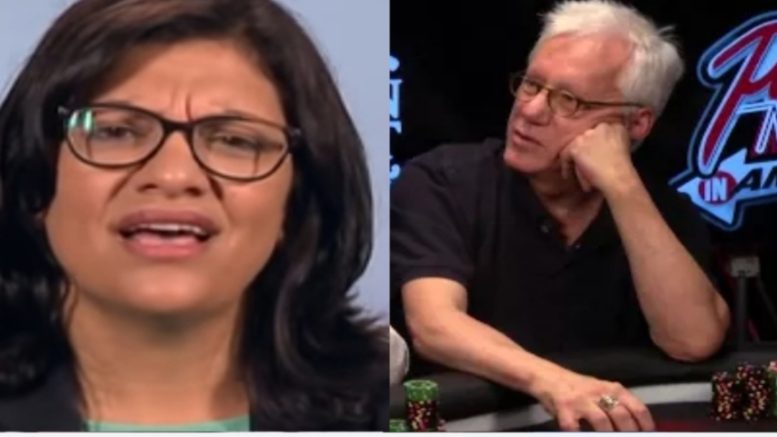 Freshman Democrat, Rashida Tlaib, caused quite the uproar in her first day on Capitol Hill after referring to President Trump as a ‘motherf—er’, while vowing to impeach him.

She instantly faced backlash from Republicans, as they called on newly anointed House Speaker Nancy Pelosi to condemn the remarks, which was ignored.

More moderate Democrats, like Senator Joe Manchin, condemned Tlaib for her “horrible comments”, as the rest of America weighed in on if she was in the wrong or right.

Despite mixed reactions, mainstream sources have been pushing stories in defense of Tlaib, which was immediately noticed by conservative actor James Woods.

Woods shot out a tweet with a link to a published opinion piece by The Washington Post titled, “Opinion: What’s so wrong with motherf—er?”

Woods didn’t even have to read the article to come to a conclusion of what is motivating WaPo to write such an article. And he didn’t let them get away with it without saying something! See Below

Being the gifted poker player that he is, Woods can call a bluff when he sees one. And that is exactly what he did to The Washington Post, who appeared to be using propaganda to defend Tlaib’s remarks and make it seem normal to use that kind profanity in DC.

Woods responded to liberal WaPo’s title with, “Then why aren’t you printing the entire word? #hypocrites” See Below

Then why aren’t you printing the entire word? #hypocrites https://t.co/d2SMJ5HbNX

We don’t expect anything less from WaPo, since they are best known for bashing the President, while letting controversial incidents involving Democrats to get pushed under the rug.

Can you imagine their outrage if President Trump or another Republican said those exact words towards one of their rivals?

We leave you with video of Democrat Senator Joe Manchin’s full reaction to Tlaib’s recent rhetoric.