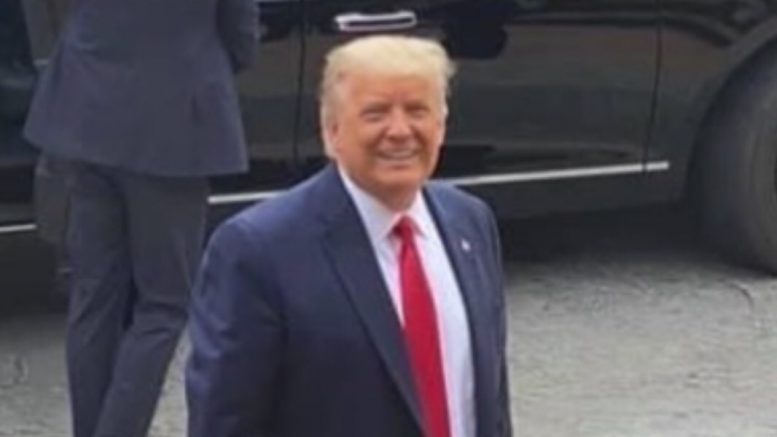 45th President Donald J. Trump issued a statement on Truth Social Tuesday after Texas Republicans passed a resolution stating that Joe Biden was “not legitimately elected,” and that “substantial” election fraud in key metropolitan areas influenced the results of the 2020 presidential election in favor of the Democrat career politician.

“We believe that the 2020 election violated Article 1 and 2 of the US Constitution, that various secretaries of state illegally circumvented their state legislatures in conducting their elections in multiple ways, including by allowing ballots to be received after November 3, 2020,” states a resolution passed on June 18, the last day of a three-day biennial Texas Republican convention held in Houston, the Texas Tribune reported.

“We believe that substantial election fraud in key metropolitan areas significantly affected the results in five key states in favor of Joseph Robinette Biden Jr. We reject the certified results of the 2020 Presidential election, and we hold that acting President Joseph Robinette Biden Jr. was not legitimately elected by the people of the United States.”

The state’s Republican Party, the largest in the nation, passed the resolution after delegates sat through a June 16 screening of “2000 Mules,” a political documentary directed by conservative author and filmmaker Dinesh D’Souza.

The 45th President responded after the resolution was passed, suggesting that the Texas Republicans are courageous.

“Wow! Look at the Great State of Texas and their powerful Republican Party Platform on the 2020 Presidential Election Fraud,” President Donald Trump wrote on Truth Social.

“After much research and study, they disavow the national result for President. Such courage, but that’s why Texas is Texas!!!” Trump declared.

“They know that a Country cannot survive without Free and Fair Elections (and STRONG BORDERS!),” he said.

More than a third of Americans — 38 percent — said that they believe that Biden did not legitimately win the 2020 election, according to a poll from The Economist and YouGov earlier this month. 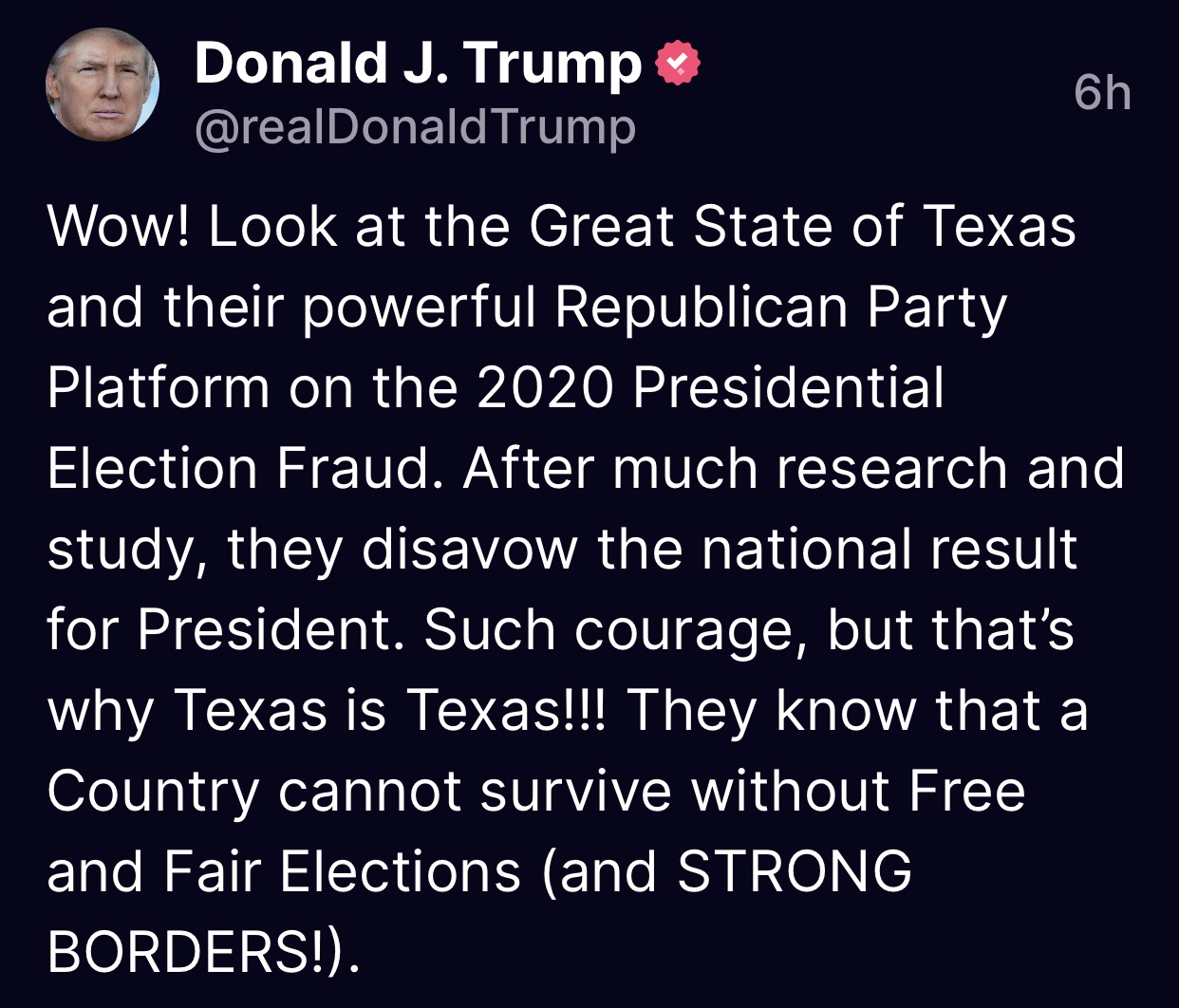 (Related: Trump: Jan. 6 Cmte ‘Has Been Unable to Answer, or in any way Refute, the Detailed Statement, Put out Yesterday’)

45 Announces His ‘Complete & Total Endorsement’ For Sen. Rand Paul: “He Fights Against The Swamp In Washington”