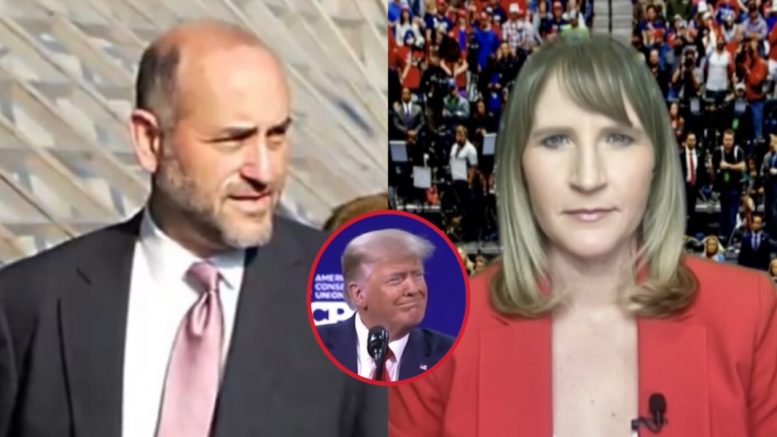 Manhattan District Attorney Alvin Bragg stopped pursuing charges against 45th President Trump’s real estate business and suspended the investigation “indefinitely,” one of the top prosecutors who resigned from the office said in his resignation letter–but disagreed with the decision.

Mark Pomerantz and Carey Dunne, who had been leading the investigation under former DA Cyrus Vance, submitted their resignations last month, after Bragg began raising doubts about pursuing a case against Trump, Fox News reported.

“You have reached the decision not to go forward with the grand jury presentation and not to seek criminal charges at the present time,” Pomerantz wrote in his resignation letter, reported by the New York Times. “The investigation has been suspended indefinitely.”

“Of course, that is your decision to make,” Pomerantz wrote to Bragg. “I do not question your authority to make it, and I accept that you have made it sincerely.” However, Pomerantz said that “a decision made in good faith may nevertheless be wrong.”

“I believe that your decision not to prosecute Donald Trump now, and on the existing record, is misguided and completely contrary to the public interest,” Pomerantz wrote. “I therefore cannot continue in my current position.” Pomerantz also wrote that he believed Trump was “guilty of numerous felony violations” and said it would be a “grave failure of justice not to prosecute him.”

A source close to the investigation told Fox News that Bragg and his team “realized they had no case, they stopped it”, and “Bragg said the case is not provable”. Continued Below

Meanwhile, Liz Harrington, spokesperson for Donald J. Trump, responded in a statement Thursday to Mark Pomerantz’s letter, wondering in part, “Will this Radical Left law firm be held legally accountable for what they have done?”

“A Radical Left lawyer who works with Chuck Schumer’s brother at a Democrat law firm is upset the District Attorney of New York has not yet pursued phony charges against President Trump. It’s troubling how politicized our justice system has become, where Democrats are loaned out to gin up crimes against their political opponents,” Harrington said.

“President Trump built a great business, and did nothing wrong. New York should get back to solving their skyrocketing crime problem, rather than spending so much time and energy on partisan witch hunts,” Trump’s spokesperson recommended. Continued Below

“On top of everything else, their firm represents the DNC, Democrats, and is Hillary Clinton’s law firm. This is disgraceful behavior and how somebody like that and others from his firm can be let loose to become prosecutors of a great Republican President is disgraceful,” she said.

“So bad, in fact, that professional prosecutors resigned in protest of this presidential persecution. They thought it was very unfair,” Harrington noted.

“Will this Radical Left law firm be held legally accountable for what they have done?” she asked.