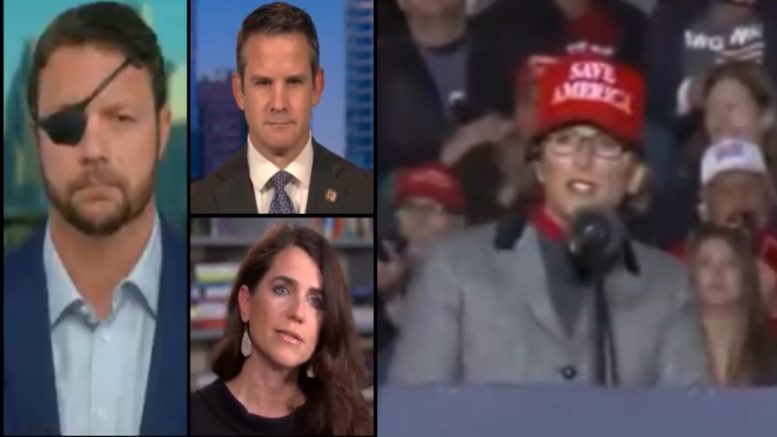 Arizona State Senator Wendy Rogers (R) called for “weak-kneed Republicans who sold us out” to be voted out of office, while speaking at a “Save America” rally in Florence on Saturday — ahead of 45th President Donald Trump taking the stage.

“Let us never forget the weak-kneed Republicans who sold us out! Always remember them, and make sure we vote them out of office. The Crenshaws, the Kinzingers, the Mace’s. They all need to go!” Senator Wendy Rogers declared at the Save America rally.

Amen @WendyRogersAZ! They all need to go! pic.twitter.com/mmst9pkuAS

Senator Rogers, during the rally, also said that “President Trump won” the 2020 election.

“We know the election was stolen, don’t we? We know they rigged the machines, the data bases, the voter rolls, the drop boxes, the county level vote counting. … Let me tell you, Arizona is a red State. We are not turning purple, and President Trump won!” she proclaimed.

“Now, the communists stole the election from him. He is the duly elected president!” she also said.

The crowd chanted “decertify” at the rally:

Chants of “decertify” (of the 2020 election!) at this Arizona Trump rally after @WendyRogersAZ urges it from stage. pic.twitter.com/iHIvtMTksL

Trump announced his “complete and total endorsement” for Senator Wendy Rogers in November, who he declared as being a “MAGA warrior”.

“Arizona State Senator Wendy Rogers is doing everything in her power to find out the truth of the 2020 Election, and to hold people accountable for Election Fraud in Arizona,” he said in a statement. “Wendy is a MAGA warrior who loves our Country and listens to her constituents.”