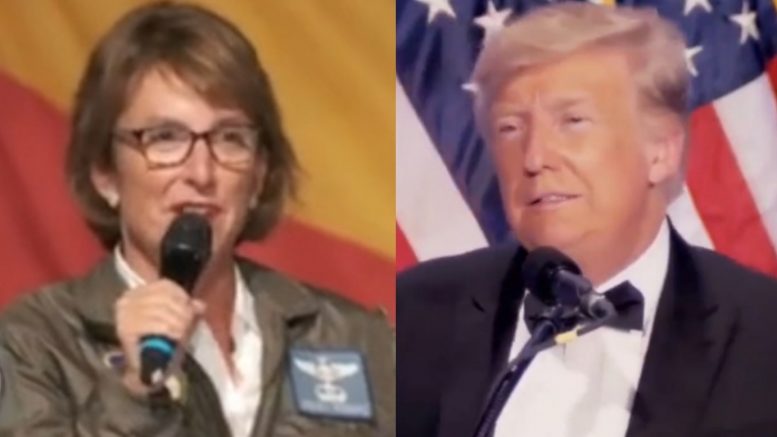 45th President Donald J. Trump issued a statement on Monday via email from his “Save America” PAC regarding Maricopa County’s forensic audit report, which was released September 24th during a State Senate hearing.

“The great Patriots of Arizona are anxiously awaiting the Attorney General’s review of the large-scale Election Fraud that took place during the 2020 Presidential Election. The findings of the Forensic Audit Report were clear and conclusive,” the 45th President said in statement on Monday.

“The results from the Congressional Election Integrity hearing that just took place in Washington, D.C., upon cross examination, were devastating to the other side,” Trump said.

During the Arizona Senate hearing, Ben Cotton of CyFir– revealed that election results were purged from the EMS the day before the forensic audit began. Moreover, during a hearing in the House Oversight and Reform Committee on October 7th, Maricopa County Board of Supervisor officials admitted under oath, that they deleted election data after they received a subpoena from the Arizona State Senate.

“The Arizona Legislature (and other States!) should, at a minimum, decertify the Election. The American people deserve an answer, now!” the 45th Commander in Chief declared in statement. Continued Below

Arizona State Senator Wendy Rogers (R) responded on Twitter to the 45th President’s statement, agreeing with Trump, in that Arizona should decertify its electors.

“I agree with President Trump. The Arizona Legislature needs to #Decertify ASAP and AG Brnovich needs to act swiftly, decisively, and firmly with the violators of our laws,” Senator Rogers said.

I agree with President Trump. The Arizona Legislature needs to #Decertify ASAP and AG Brnovich needs to act swiftly, decisively, and firmly with the violators of our laws. pic.twitter.com/frS53JrENw

“I have been writing, heard, very strongly, on [Brnovich] to make arrests. We have imagery of three different individuals who deleted data. This is evidence that was put forward on September 24th,” Senator Rogers said on Victory Channel’s “Flash Point”. “There is a hue and a cry for accountability, and we want arrests made. We want to proceed with getting to the bottom of the truth of 2020,”

She further tweeted on Monday, “If Sheriff Joe [Arpaio] was Sheriff in Maricopa, the Arizona Senate or AG wouldn’t have needed to do anything. Sheriff Joe would have perp walked the Maricopa Board by now.”

If @RealSheriffJoe was Sheriff in Maricopa, the Arizona Senate or AG wouldn't have needed to do anything. Sheriff Joe would have perp walked the Maricopa Board by now.

Senator Rogers also said that Brnovich is leading in an Arizona Senate Republican primary poll, but noted, “52% is just waiting for the TRUMP ENDORSEMENT”.

All I can say is that 52% is just waiting for the TRUMP ENDORSEMENT. https://t.co/VKgaRHXNSH