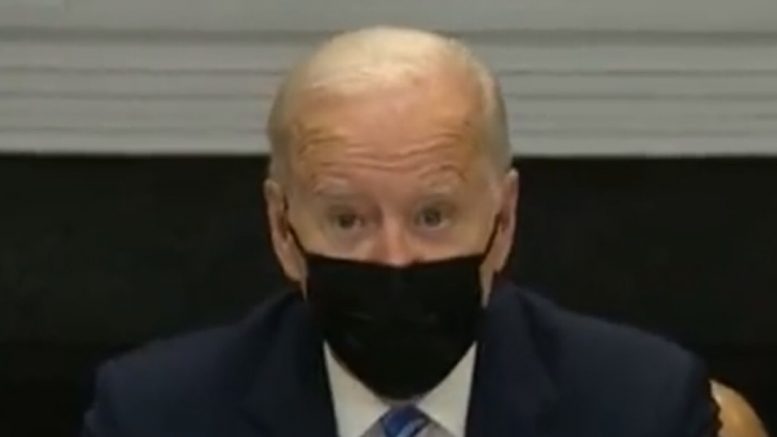 79-year-old Joe Biden on Thursday claimed that Americans unvaccinated against the coronavirus are facing a winter of “severe illness and death.”

Biden’s warning comes almost a year into his presidency after repeating many times on the campaign trail that he was the candidate who would “shut down the virus” and blaming former President Trump for his “ineptitude” in slowing the spread. The COVID vaccines were developed during Trump’s term under Operation Warp Speed, which he initiated, Fox News reported.

“It’s here now and it’s spreading and it’s going to increase,” Biden claimed about the omicron variant. “For unvaccinated we are looking at a winter of severe illness and death if you’re unvaccinated for themselves, their families, and the hospitals they will soon overwhelm.”

“For unvaccinated: We are looking at a winter of severe illness and death, if you're unvaccinated. For themselves, their family and the hospital they’ll soon overwhelm." pic.twitter.com/XjP8zlIDbB

“But, there’s good news,” Biden added. “If you’re vaccinated and have your booster shot, you’re protected from severe illness and death.”

Joe Biden, however, apparently doesn’t see the “big deal” when it comes to Americans who are concerned about their freedoms being compromised by mandates imposed by him and his administration in regards to the coronavirus, as previously reported by The Freedom Times. Continued Below

“And so every body talks about freedom and not to have a, have a shot or have a test. We guess what? How about patriotism? How about making sure you’re vaccinated so you do not spread the disease to anybody else? What about that? What’s the big deal?” Biden questioned while staring in the camera on Wednesday.