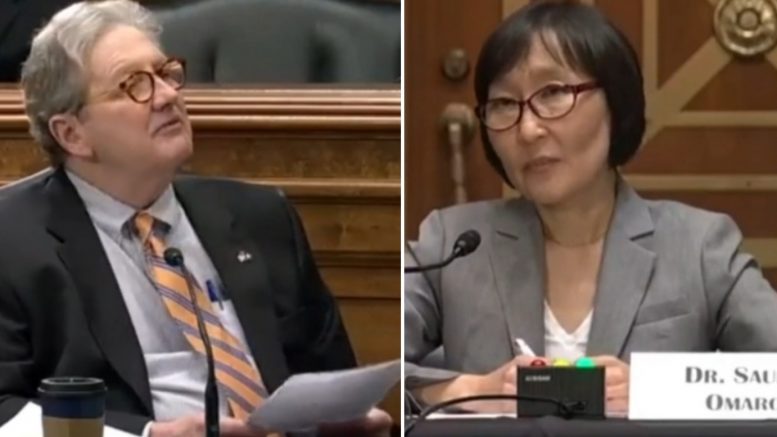 At one point, Sen. Kennedy implied Omarova could be a Communist as told her, “I don’t know whether to call you Professor or Comrade.”

[You] called systemically significant prices, calling for the federal government to set wages, food, gas prices. In 2020, you wrote a paper called “The People’s Ledger,” where you said we need to abolish bank accounts and make everybody set up an account with the fed, where the federal government will have access to your data.

In 2020, you wrote another paper called “The Climate Case for a National Investment Authority,” where you said, “What we need to do, the oil and gas industry is have the federal government bankrupt, so we can tackle climate change.”

Now, that’s what I see from your record. And you have the right to believe every one of these things. You do! This is America. But I don’t mean any disrespect. I don’t know whether to call you Professor or Comrade. Video Below