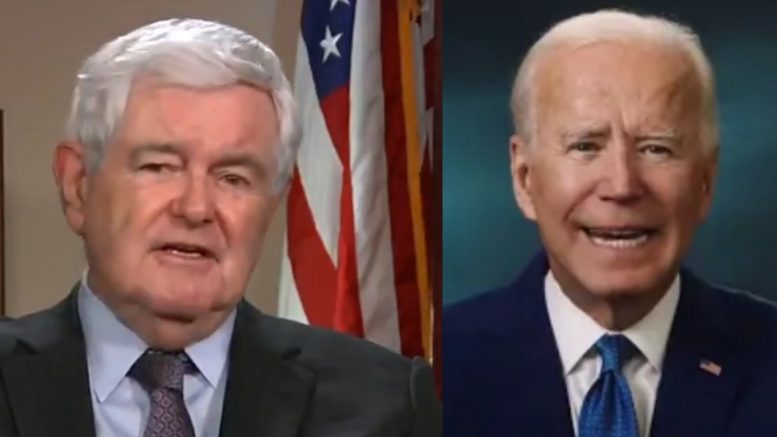 While the revelations implicate Joe Biden in multi-million dollar business dealings made with the Chinese and other foreign countries, what’s even more “tragic,” according to Newt, is the extent that media sources, including the Washington Post, are covering for Biden in wake of the election.

“I think Biden is the bunny rabbit in the basement,” he declared. “And the job of the national press corps is to attack Trump so Trump doesn’t have to and then to protect Biden because, afterall, he’s a bunny rabbit. He can’t protect himself. He can’t explain anything. He can’t even remember, some days, what he is running for or who his opponent is, or the fact that Kamala Harris has a husband, not a wife.”

Newt continued: “And so, I think what you have is this weird moment in American history where the media hates Trump so much, that they’re propping up a person who they have to know couldn’t possibly be President of the United States, and who they have to know has very deep corruption background that involves, frankly, patriotism. It involves China, involves Russia, involves Ukraine.”

“I don’t think I’ve known anything like this in American history,” he concluded. Video Below

Biden in the Basement: @newtgingrich says the media hates @POTUS so much that they are propping up Joe Biden despite his corruption. #MAGA #AmericaFirst #Dobbs pic.twitter.com/2a8PPRguaX