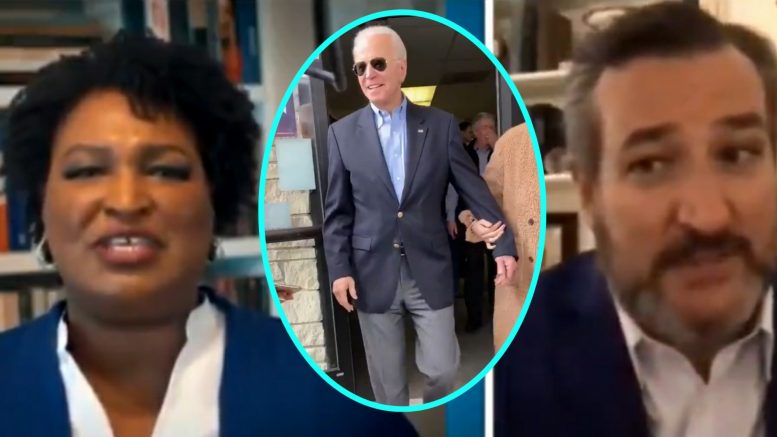 Senator Ted Cruz likened the Democratic National Convention to the movie “Weekend At Bernie’s” when giving his take on what he’s seen thus far at the 4-day spectacle.

According to Cruz, some of the people who have been presenting some of the “radical” ideas at the convention represent the “rising forces in the Democratic Party,” which then led to his comparison to the hit 80’s flick.

“Number one, ‘Weekend At Bernie’s’ they’ve got a dead guy that they roll out there, and that’s a little bit Joe Biden,” he asserted. “Joe Biden is hiding in his basement. They’re gonna roll him out to accept the nomination and get one speech in front of a teleprompter, and then they’re gonna roll him back to his basement and they don’t want him to say another word between now and election day — that’s one aspect of ‘Weekend At Bernie’s’.”

“But the second aspect is the guy who spoke yesterday is driving the whole train. It is Bernie Sanders, it is AOC, it is Elizabeth Warren, it is the radicals,” Cruz said. “And Joe Biden is not holding back on them at all. He is letting them drive the entire train.” Video Below

.@tedcruz says Watching the Democrats is like watching the movie weekend at Bernie’s. pic.twitter.com/umaRPeOAQw

In ending, here is video of Senator John Kennedy explaining that it is really Bernie Sanders, not Joe Biden, who is running the Democratic Party:

.@SenJohnKennedy Says Joe Biden may be the nominee but Bernie Sanders is running the party. pic.twitter.com/UHQhubjxhZ

AZ Expert Witness On Gov. Ducey Certifying The Results: “I’d Rather Resign Than Have Certified Those Results”